2019 elections would remain in memory for a long time 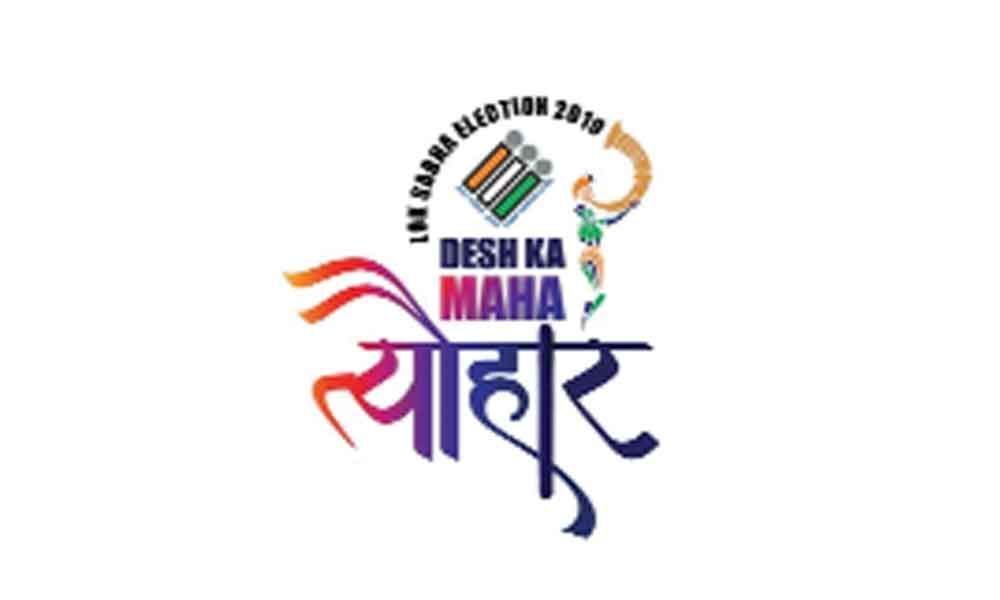 The attitude of Election Commission this time is entirely different from the previous election commissions.

The attitude of Election Commission this time is entirely different from the previous election commissions.

It seems that the EC this time has been functioning as per some instructions behind the screen. Otherwise why these many discrepancies that come under the present commission in their duties.

No doubt the EC has got enormous powers allotted by the constitution which is an independent organisation.

The recent actions of the EC like change of some top most postings in the administration that too of AP and also change of Chief Secretary of AP post a controversial person as CS and the actions of EC also look like acting at the behest of some top politician.

While dealing with the complaints of letters to regarding violation of Model Code of Conduct it has been applying different yardsticks in following up them.

While the complaints of ruling party have been attended within days and those of other parties no reactions are forthcoming. This is clearly indifferent and unbecoming of an Election Commission which is independent with enormous powers.

There EC has been very slow in reacting when natural calamities needed immediate attention. Drought conditions prevail in many parts of Maharashtra and Andhra |Pradesh but the government's in these states was not allowed to hold review meetings. After all in any democratic the people's interest only prevails over any other issue.

More over the poll arrangements made by the EC have been severely criticised by many for example non-functioning of EVM not only at one centre, but in many places in the entire country which is a severe lapse that lead the political parties to do but the sincerity of EC in maintaining the EVM.

Any how the 2019 elections will go down in the history as mismanaged elections. Let the political vendetta does not interfere in the rescue operations where the human loss is predicted.

The EC under spotlight

Confusion is a useful tool before election time. But is it the Election Commission that is confused, or do the people have the institution's purpose all wrong?

In the middle of unpleasant and enthusiasm in the general election, the drab sound of an institution once known for robustness and vibrancy is being heard less and less, or only for its feeble interventions.

Of late, there have been several complaints about the incumbent BJP government's flouting of the model code of conduct. Also, there have been other instances of alleged official media misuse.

More worryingly, campaign speeches that invoke religious sentiments, a clear violation of the code, have been made with increasing frequency.

So it is deeply unfortunate that the 2019 elections and a few assembly elections in the last five years have gradually been denting public confidence.

Political parties all across the country have been brazenly violating the MCC. We have been witnessing such cases on a daily basis.

The credibility of ECI has come under scrutiny with people pointing out several instances of violations of Model Code of Conduct, like polarisation of votes, invoking armed forces in campaigns and taking out rallies on election day, especially by members belonging to the ruling dispensation.

By giving Modi a clean chit, Election Commission has abandoned any attempt to appear neutral. When the commissioners themselves debase the powers of the institution, they compromise the work of the millions of officials and undermine its credibility.

This is just the latest and perhaps the most breathtakingly blatant of the series of sleight-of-hand decisions favouring Modi that the Election Commission has taken since it announced the election dates in March.

The failure to respond to the representations is a threat to the level playing field which the EC is meant to ensure, and effectively means there is a separate set of rules for Modi and Shah, and other politicians.

However, as far as the 2019 General Elections is concerned, the autonomy of the constitutional body seems to be under a cloud. For the people of India, this is neither firm nor transparent.

Loss of confidence in the EC would destroy trust in the democratic order, which is truly dangerous for everyone. The EC cannot afford it.

It is best if the EC thinks of ways to respond to people's concerns.

If people lose faith in the EC's ability to keep politicians from flouting norms, the fairness of elections will come under doubt. The EC needs to exercise its authority firmly.

V Ramu Sarma has in his 'In my opinion' columns done a fantastic analysis of the present status of the Election Commission of India (May, 4). Nuances of the topic have clearly and cleverly been dwelt upon.

In organizing the elections to the Parliament and State assemblies in India, the largest democracy of the world, the ECI plays a crucial and decisive role.

Its prime responsibility is to ensure the conduct of free and fair elections in the country. Towards this end in mind, the Commission has to implement strict norms and Model Code of Conduct.

As we all know, the role of the Election Commission is the one supposed to enjoy a high degree of autonomy, impartiality and independence.

With a view to arming the Commission with such prime capacities, our Constitution has empowered it to supervise the political entities and candidates. It should take such actions as it may deem fit and proper against the violators whosoever they be.

Under the dispensation of T N Seshan as the Chief Election Commissioner, the ECI could boast of it enjoying an independent status and not being a tail-lifter of the powers-that-be.

With his exit, things changed and the Commission's functioning on various occasions became subjects of disputes, protests and dissatisfaction.

We can say that during this 2019 LS polls, the situation is deteriorating to the worst and meanest level.

The Commission that is extraordinarily swift and smart in initiating actions against opposition parties even on a weak word of slight poll violation is raised, chooses to remain a silent spectator and keep aloof from swinging into action when the ruling BJP and PM Modi are hinted of committing electoral violations.

It is miserable that the ECI regarded as the fourth supreme institution after Legislature, Executive and Judiciary, has now become a target of attack for its commissions and omissions.

It is the most-cherished wish of all right-thinking citizens that the present ECI should never earn a dubious status of being vulnerable to pressures, no matter from which quarter and by whom they are exerted.