Gandhis should not meddle with new Congress chief 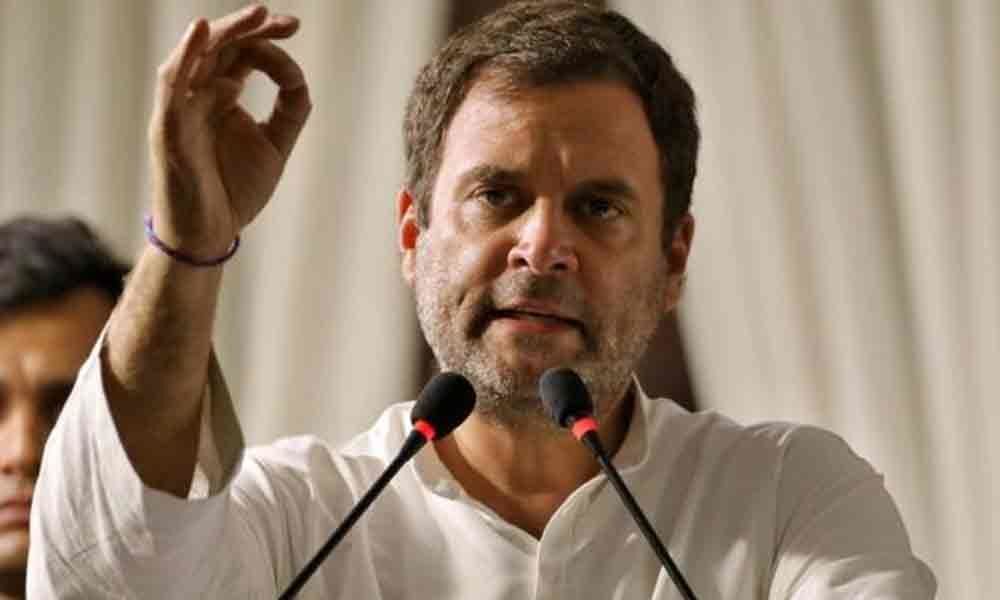 Gandhis should not meddle with new Congress chief
Highlights

The Congress will have to define the role of Gandhis in the party before a non-Gandhi is appointed president for the success of a new leadership...

The Congress will have to define the role of Gandhis in the party before a non-Gandhi is appointed president for the success of a new leadership experiment. As things stand, three members of the family hold 'controlling stake' and their 'parallel power centre' could reduce the new party chief to a dummy of Gandhis who could hold reins without accountability.

Such a situation would only make a farce. When Rahul Gandhi offered to resign last month, he said he would remain a party worker and focus on strengthening it by travelling around the country. This would mean a new party chief will have to deal with a very powerful 'karyakarta', general secretary Priyanka and CPP chief Sonia Gandhi.

In the last three decades, the Congress leadership has suffered thrice because of the parallel power centres. When PV Narasimha Rao was the Prime Minister and the Congress president, despite having power to unite the party brass, Arjun Singh and others rebelled by projecting themselves as 'loyalists' of the Gandhi family, culminating in Rao's and Congress' fall.

Even Sitaram Kesri's freedom was short-lived though, as Sonia Gandhi emerged as an 'ordinary Congress member' before capturing power. In short, any appointment of a non-Gandhi Congress president, many feel, will not only test whether the Congress can function without the leadership of Gandhis but also whether the Congress first family will be at ease without controlling the party.

If Rahul is serious about quitting, the Gandhi trio will have to effectively send out a message of keeping their 'hands off' from the party affairs for the credibility and prestige of the new party president. It's for Rahul Gandhi to decide if he is prepared for such a course of action.