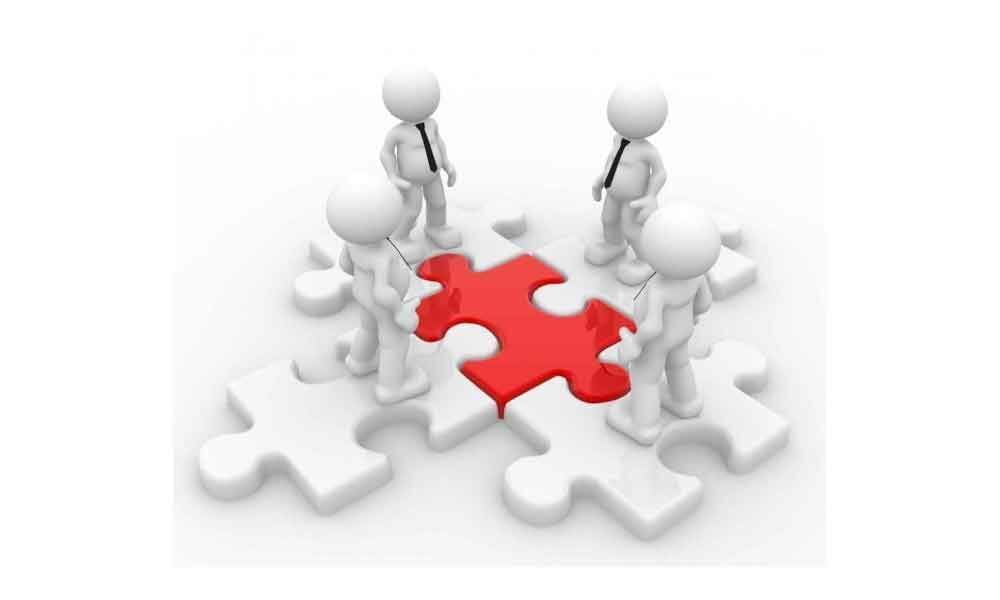 The #‘Me Too’ campaign threw open a lot of ugly doors, forcing us into difficult conversations on sexual harassment.

The #'Me Too' campaign threw open a lot of ugly doors, forcing us into difficult conversations on sexual harassment. Beyond what people called "naming and shaming" in public, the #Me Too movement also forced a many to resign from their positions.

Months later, it seems like ironical turn of events, Ranjan Gogoi, now seated on the highest chair of the apex judiciary, became spotlight for sexually harassing an woman employee.

Coming at a time when the top court was already embarrassed by a similar all¬egation levelled against its former judge, Justice A.K. Ganguly, CJI Sathasivam and his puisne judges on the bench rued the absence of a mechanism to deal with cases of sexual harassment against sitting judges.

The Supreme Court of India has weathered many a storm, so it is likely to overcome the present troubles too. Yet each crisis only serves to chip away at the credibility of what many believe is the only remaining institution in the nation to retain an element of pristine glory.

And the one in which the people continue to repose much trust and confidence. For a man who is the highest arbiter of justice in the country, the manner in which the CJI responded to the sexual allegations showed not just a lack of sensitivity, but also of propriety.

All of this has compromised the reputation of this august institution—putting its independence at some risk of erosion, perhaps. Without seeking to comment on the merits of the unsavoury allegations now flying around thick and fast, it is perhaps necessary to remind their Lordships to remain "sober as a judge" and rise above emotional outbursts and what appear to be knee-jerk reactions.

Strong words, hasty summoning of top officials of the CBI, IB and Delhi Police only add to the popular conception of there being "no smoke without fire".

The actions of the court suggest a rash of bruised egos, a feeling of hurt, and an inability to ride with the punches. It is true that allegations of sexual harassment cannot be taken lightly, but the importance of due process cannot be ignored only because a high dignitary is the alleged victim of what is contended to be a false complaint.

An internal committee is a poor solution and people who sometimes share a bench will never be accepted as unbiased. And to whom would that panel report? Possibly a case of acting in haste and repenting in leisure, at least that is what the unfavourable reaction would suggest.

Since there was no outcry a more balanced panel could have been formed, the legal profession does have several members with impeccable credentials whose conclusions would have commanded widespread respect.

When "transparency" is the buzzword in such matters any internal inquiry is bound to attract criticism. What is even more disturbing is the subsequent development that fixers are at work, and yet again the "no smoke without fire" theory casts an ugly shadow over the court.

The alleged involvement of a none-too-reputed corporate house with deep pockets adds to the gravity of the situation as does the silence of the law ministry. The precedent that the Supreme Court sets with this case is likely to serve as a template for future charges against chiefs of the state's most vital organs.

Even if it happens to come down to "his word against hers", as many cases of this nature sadly do, India needs clarity on how justice is to be upheld under such circumstances. Meanwhile, as a matter of principle, a complainant must be shielded from all verbal aggression.

Also, an allegation's timing should not be used to impute motives. So, there is need for a broad-based probe: personal pique must have no place in the process. Whether the CJI is at fault or not can only be established after a proper investigation. But workplace harassment is an issue that the judiciary can only ill-afford to overlook.

The apex court is yet to for¬malise guidelines of dealing with cases of sexual harassment against sitting and former judges, and the recomm¬endations made by Nariman and Rao back in 2014 have been gathering dust.

A clear exa¬mple of the judiciary's apathy towards complaints of sexual harassment against its members is the Justice A.K. Ganguly case: though a panel of sitting apex court judges had found him guilty of the charge, no punishment was ordered.