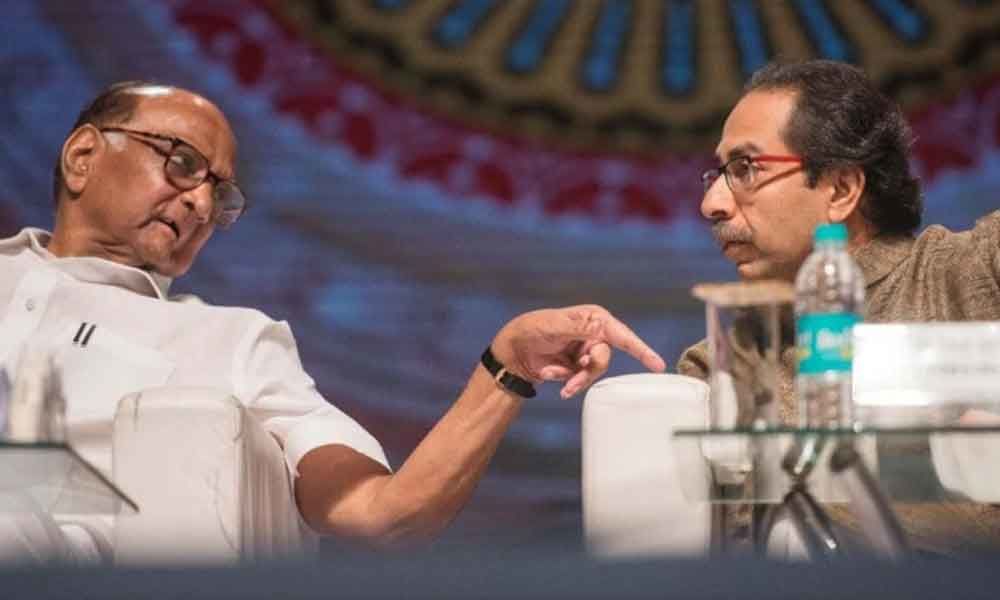 It strains credulity that there is a newfound ideology match between Shiv Sena and the Congress in Maharashtra. This is purely driven by lust for...

It strains credulity that there is a newfound ideology match between Shiv Sena and the Congress in Maharashtra. This is purely driven by lust for power and desire for the 'gaddi'. Shiv Sena has been saying the Congress is running a pensioners' club and asked Rahul to dissolve the Congress immediately after the results of parliamentary elections were announced.

Just a day ago, Rahul Gandhi is reported to have said that before supporting Shiv Sena, his party should look into the vast difference in ideology of both parties. There seems to be no limit to the extent that the electorate can be fooled by political parties in their quest for power.

A fortnight after the election results were declared in Maharashtra, the political turmoil paved the way for imposition of President's Rule under Article 356 of the constitution. The political parties had failed in gaining the confidence of voters as well as the Governor. Time given to the BJP, the Shiva Sena and the NCP to form the government by the head of the Constitution lacks justification as in a landmark judgement in 1994, in Bommai case, the Supreme Court had restricted arbitrary imposition of President's Rule.

It could be better, if the political alliance of NCP and Shiva Sena with outside support of the Congress, had given a chance to form the government as Maharashtra State urgently needs a government to solve farmers issues, unemployment crisis and the like. Let better political scene prevail soon, otherwise democratic edifice will be sabotaged and destroyed its sanctity.