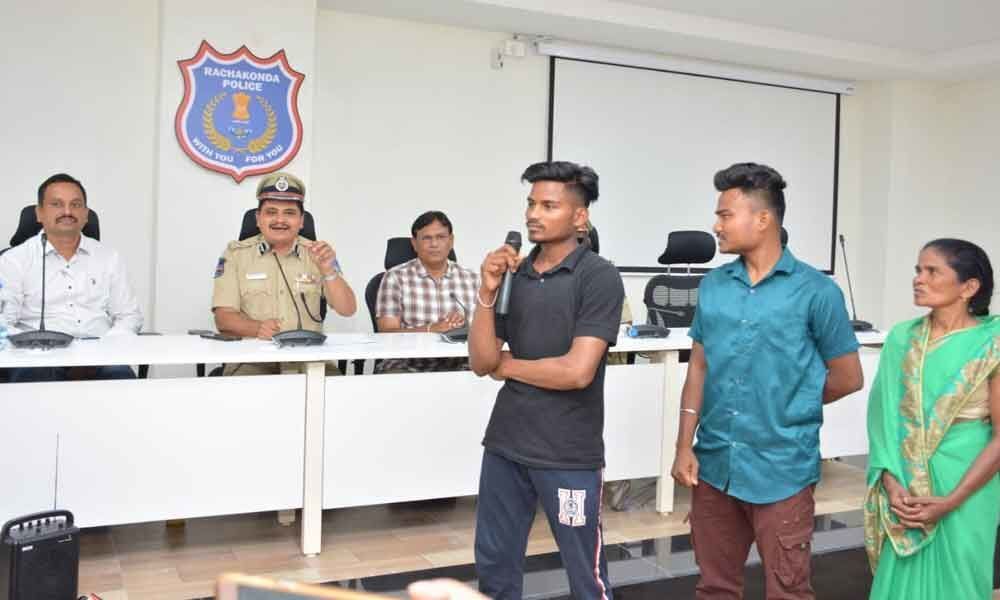 A boy who went missing eight years ago was reunited by Rachakonda cybercrime sleuths on Wednesday. The missing boy was traced at Amritsar district of Punjab state.

Hyderabad: A boy who went missing eight years ago was reunited by Rachakonda cybercrime sleuths on Wednesday. The missing boy was traced at Amritsar district of Punjab state.

According to the Rachakonda Police Commissioner, Mahesh M Baghwat, on January 26, 2011 a complaint was lodged at Kushaiguda police station by one Susanna stating that on January 21, 2011 her son by name Dinesh Jena (8) left the house and did not return home and was missing. Based on the complaints police registered a missing case and took up investigation. Even after putting diligent efforts police could not trace the boy.

Subsequently, the complainant came across the missing boy on Facebook in August 2018 with the profile name of Dinesh Jena Lima, seeing which she lodged a complaint with cybercrimes police station. During the course of investigation, it was found that his latest photo was uploaded on Facebook. The cybercrime sleuths investigated the case technically and collected the IP address and traced the location of the missing boy to Ranakala village in Amritsar district in Punjab state.

A team of cops was sent to Punjab and they traced Jena. He said he was 21 years old, which created a doubt that if he had left home at the age of 8 years he should now be 16 years. When questioned about his actual age, he revealed that he was 13 years but not 8 years as mentioned in the FIR of Kushaiguda police station. The boy is under the guardianship of a landlord named Sukhraj Singh in Ranakala. He was brought back and reunited with his parents.