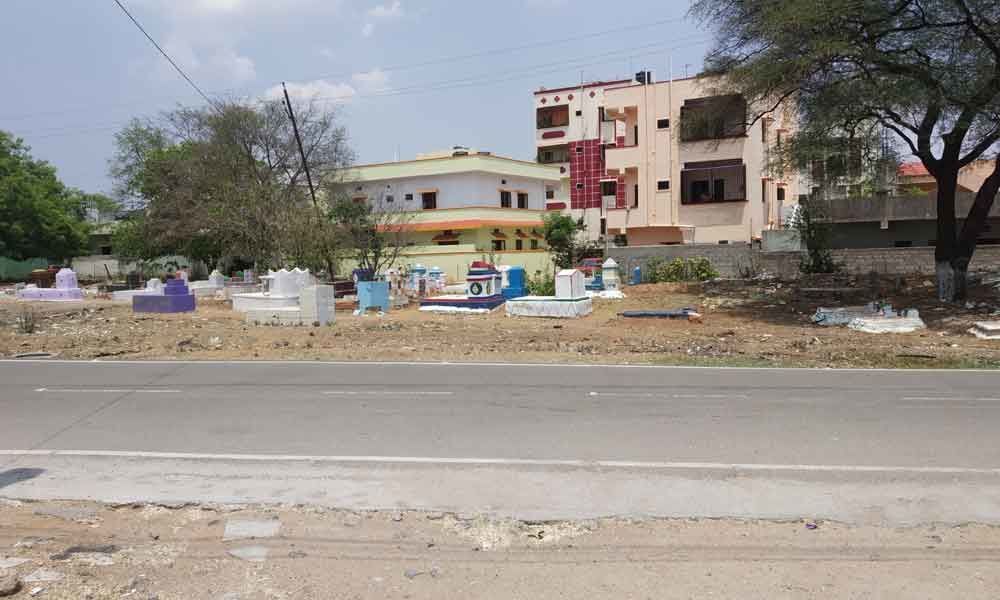 The Bandambavi Railway Colony in Bolarum is a well-developed area.

Bolarum: The Bandambavi Railway Colony in Bolarum is a well-developed area. But its residents, many of them retired Air Force personnel, are facing difficulty because of the burial ground.

The burial ground is adjacent to the colony has no boundary wall. The people of the colony want a boundary around it so that the colony doesn't face any problem. People from places like Risala Bazar, Turkapalli, Bolarum etc., still bring bodies for funerals there. The colony people represented their problem to the GHMC, but the latter is yet to act on it.

Visits to the office are not yielding any result, bemoan the residents. One of the residents Balram, an ex-service man from Air Force, said: "I have been a resident of this colony since 2005 and the burial ground has been causing fear to children and elders as well, smoke from the place fills the colony and bad smell also perturbs us a lot. The situation has become worse because there is no space for body to be buried there, but the people are digging old graves and throwing out skeletons.