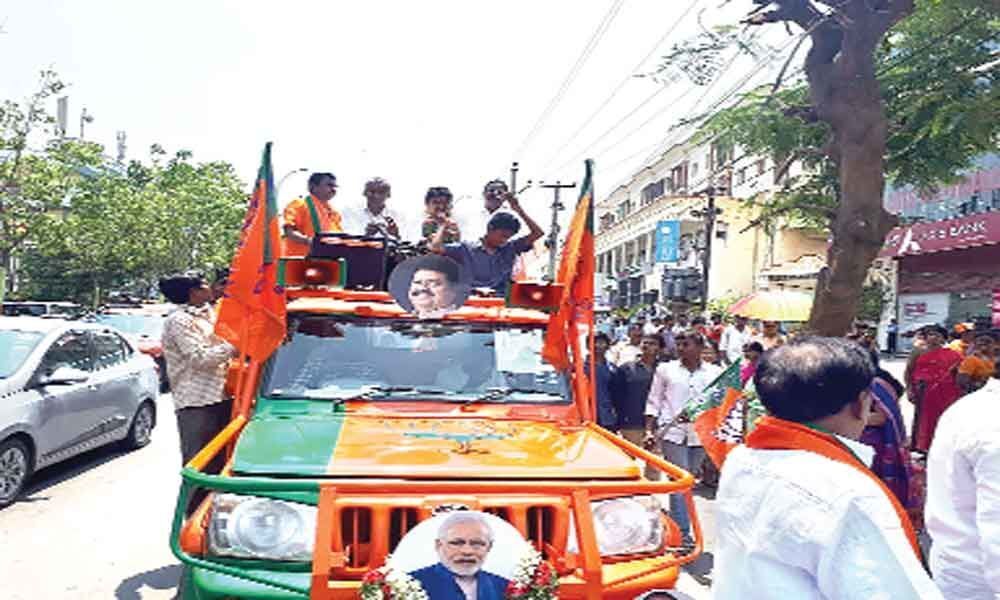 Malkajgiri BJP candidate N Ramachandra Rao, along with former MLA Prabhakar, took out an election campaign in the Nacharam division here on Sunday.

He criticized the opposition parties coming together only for the sole purpose of defeating Prime Minister Narendera Modi rather than taking into consideration, India's stability, progress and development over the last five years. He urged the voters to cast their vote in favour of BJP to continue with the welfare and development programmes.

He called upon the party activists to conduct awareness camps on the various schemes implemented by the BJP led NDA government. He expressed confidence that the BJP would come to power at the Centre again.