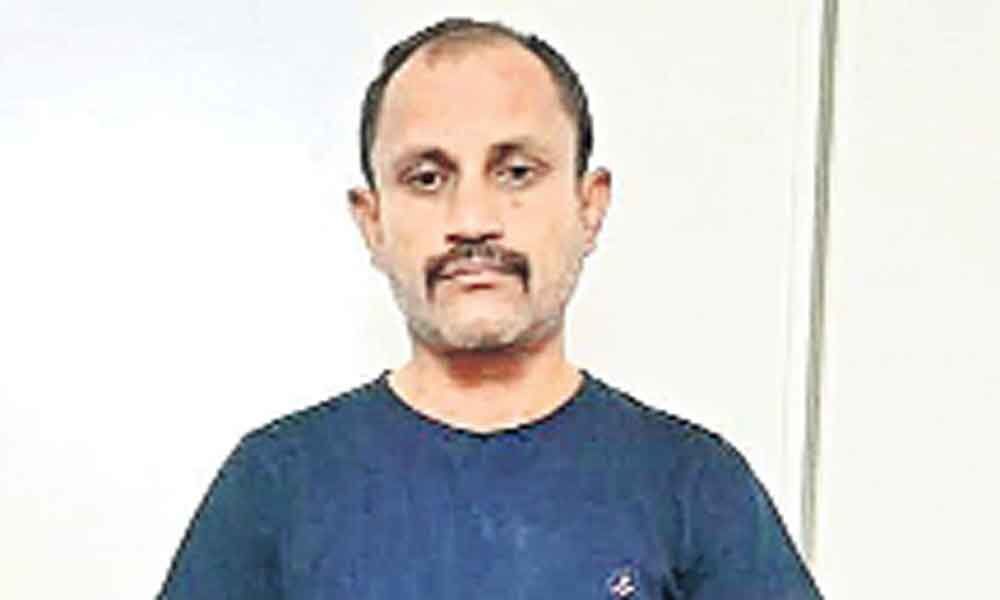 The accused would pose as a deputy secretary in the finance department in Telangana secretariat and cheat public representatives like MLAs, Ex-MLAs and MPs on pretext of providing loans to OCs, BCs, SCs and minorities under the scheme of PMEGP (Pradhan Mantri Employee Generation Programme) to set up new businesses.

The accused used to collect an initial deposit of 5 per cent of the desired loan amount through online transfers. He accused is involved in two cases at Cyber Crimes Police Station in Hyderabad.

According to Cybercrimes sleuths, on March 6 they received a complaint from Muta Jaisimha of Hyderabad stating that on February 28, his father Muta Gopal, MLA from Musheerabad, received a call from an unknown person who introduced himself as A Malla Reddy working as Deputy Secretary in Finance Department at Telangana Secretariat.

The MLA was informed about the PMEGP and promised loans for which he was asked to pay Balaji Naidu 5 per cent of the loan amount of Rs 2.5 lakh for each application. On March 1, Muta Gopal went to the Secretariat and found that nobody was there by the name of Malla Reddy in the finance department.

Realising that he was cheated by the accused for about Rs 2.5 lakh, he made a complaint. The cops registered a case under Sections 419, 420 IPC and Section 66 (C) (D) of ITA Act and took up the investigation.

On March 2, another complaint was received from one K Santosh Kumar (31), a resident of Gandhi Nagar, that on January 24, his mother K Sathyavathi (Ex-MLA of Bhadrachalam) received a call from an unknown person who introduced himself as Dasari Anil Kumar working as Deputy Secretary the in finance department of Telangana Secretariat.

She was informed about a central scheme (Central Development Fund) for Rs 25 lakh could be availed of by them. He said that to avail of loan, they need to pay Rs 1.25 lakh. Believing his words and on his instructions, Santosh Kumar deposited Rs 50,000. When the accused's mobile was switched off, he got suspicious and learnt that there was no such person at the Secretariat. He then moved the cybercrimes police.

The accused completed his B Tech from JNTU in Kakinada and worked as an assistant engineer in NTPC and later to gain easy money, he started cheating the public by posing as a government official. So far about 60 cheating cases were registered against him in two Telugu states.