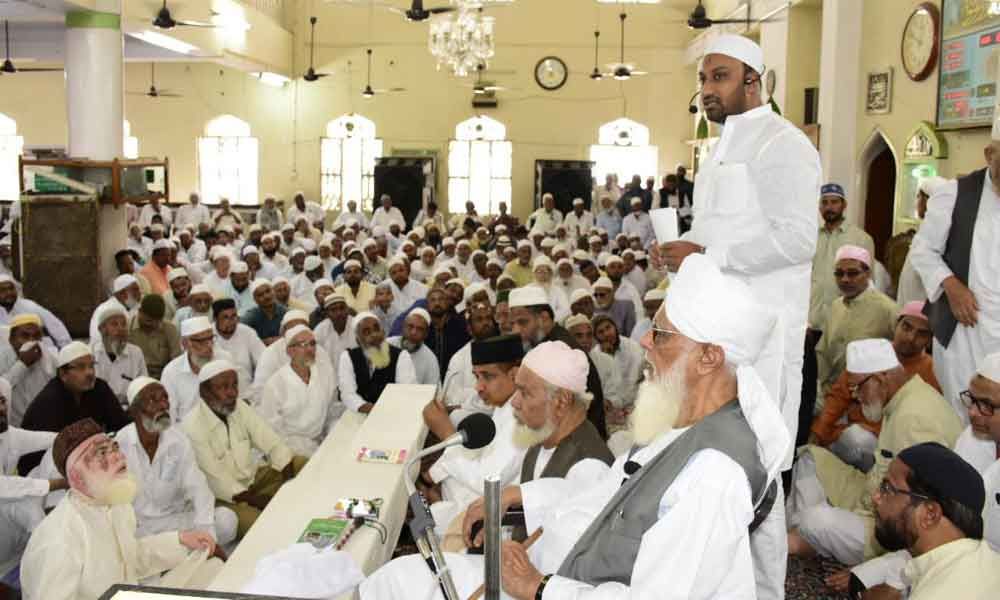 The Seventh Haj Orientation Training Camp for the selected Haj pilgrims was conducted at Masjid-e-Sahifa at Azampura in Malakpet on Sunday.

Malakpet: The Seventh Haj Orientation Training Camp for the selected Haj pilgrims was conducted at Masjid-e-Sahifa at Azampura in Malakpet on Sunday. The Chairman of Telangana State Haj Committee, Mohammed Masiullah Khan, presided over the programmeand advised the pilgrims to take care of their health and practise walking regularly for ensuring successful pilgrimage.

Allaying any apprehensions about the journey, he said that Khadim-ul-Hujjaj (Haj officers) have been selected for guiding and helping the pilgrims during Haj in Saudi Arabia. He also requested the intending Haj pilgrims to pray for the peace, success, good future and progress of Telangana State. He requested the Haj pilgrims to also pray for the success of the Chief Minister in all his efforts to bring prosperity to the state.