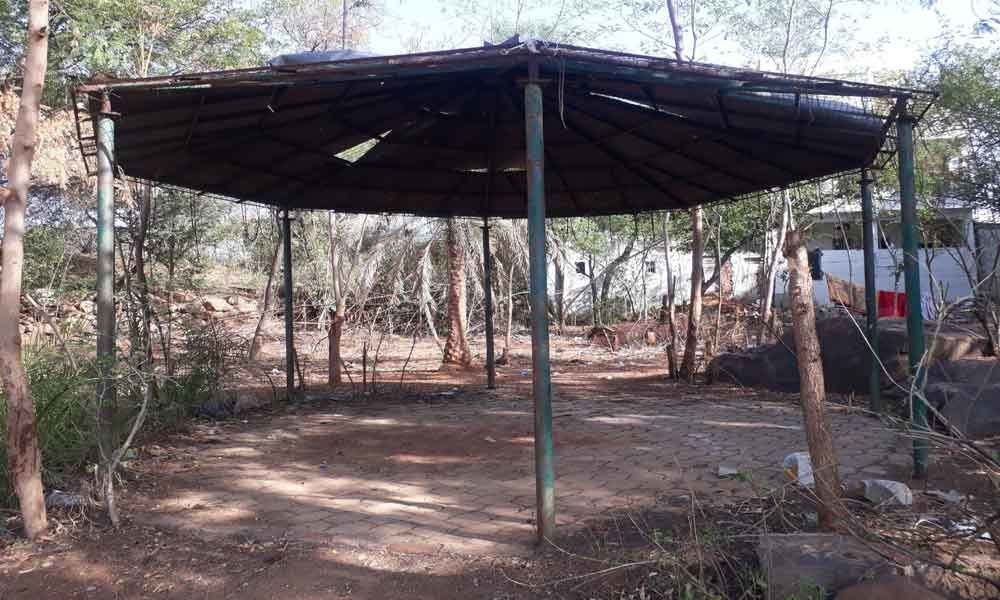 At a time when encroachments on water bodies in and around the city has become the talk of the town once again, there appears to be another site embanking on Bum-Rukn-Ud-Doula Lake that has become a vulnerable point for unsocial activities and encroachments.

Rajendranagar: At a time when encroachments on water bodies in and around the city has become the talk of the town once again, there appears to be another site embanking on Bum-Rukn-Ud-Doula Lake that has become a vulnerable point for unsocial activities and encroachments.

At a few meters from National Police Academy on Hyderabad-Bangalore National Highway, this vacant piece of land, under HMDA's control, wears completely deserted look with no proper measures of supervision and safeguarding paraphernalia put in place.

The broken boundary wall and all-time open gate, on which the name of HMDA was written in stucco, could attract the land sharks who are, unlike in the past, are now operating in more organised manner.

Being a part of the famous Bum-Rukn-Ud-Doula Lake, the barren land spreads over a large extent of area. It is said that whenever the water body receives heavy inflows during the rainy season, this part of dried area rejuvenates again with inundated water.

Nobody could locate this place easily as the wayside area of the road is overpowered with a few dwellings, and the only entry point is through the narrow street moving inside adjacent to those dwellings. The street further leads to Rasheed Colony.

The place was used as a HUDA Park for a long period before the new metropolitan body, HMDA, took it over. This is also reflected on the corroded gate at the entrance on which the name of the earlier body was embalmed, while the boundary wall has new initials with stucco work over it. A nursery was run on the semi-arid land, with several varieties of saplings, and was supplied as per the demand and necessity.

According to officials, the HMDA Park was wound-up four years ago after the land was inundated in the rainy season, which resulted in damaging of saplings. Now, the place wears a complete deserted look and the boundary wall was broken apart from where anyone could enter the area. Especially, the stray animals are the regular visitors of the place. Piled-up garbage and liquor bottles are a common scene, alongside the boundary wall.