Hundreds run for a caste-free India 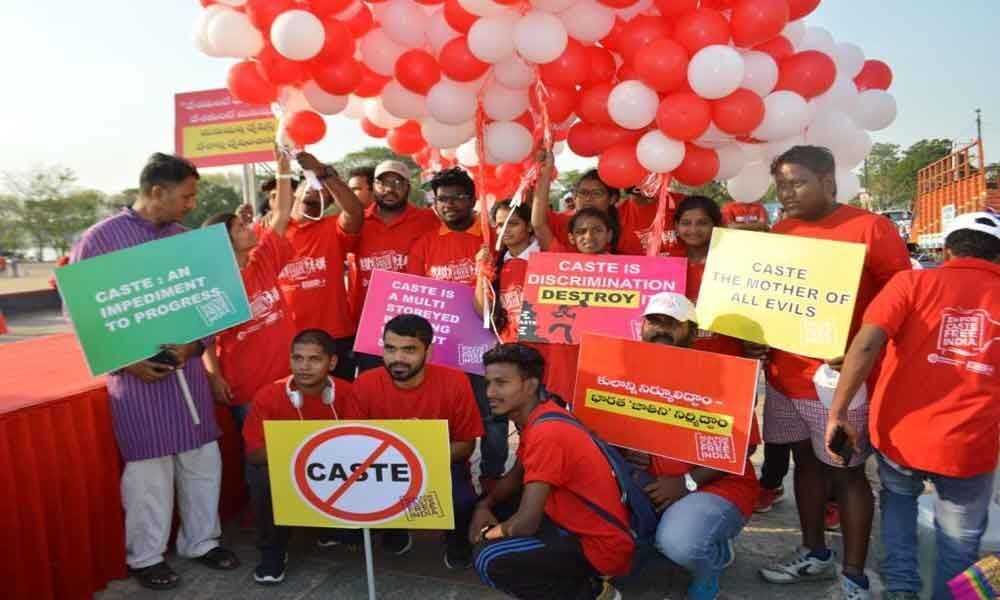 Uppal MLA Bethi Subhash Reddy flagged off the Run. Beginning at People's Plaza, the two-kilometer run concluded at Ambedkar Statue at Liberty. A large number of people, including members of Dalit Indian Chambers of Commerce and Industry (DICCI), Prabuddha Bharat International and many other SC and ST organisations members participated in this annual run.

Addressing the gathering, MLA Bethi Subhas Reddy said dalits were subjected to both social exclusion and economic discrimination over the centuries. "As a child, I was wondering why they were forced to live away from the village. The division of society into various castes is a global phenomenon. It is not exclusively confined to any particular belief system or religion practiced. The discrimination is particularly deep-rooted in the Hindu religion. And dalits are considered outcasts."

Speaking on the occasion, dalit leader Vanjakshi said, "Though all religions practice the caste system, it is associated more with the Hindu religion. Hindu is the only religion where a lot of significance is attached to the caste system. Buddhism doesn't have casteism. That is why Dr B R Ambedkar joined Buddhism in the last moments of his life."

Gaddam Jhansi, another dalit leader, said, "Inter-caste marriage is the only way to end the caste discrimination in the nation. That is the reason why we have been encouraging inter-caste marriages for so many years."