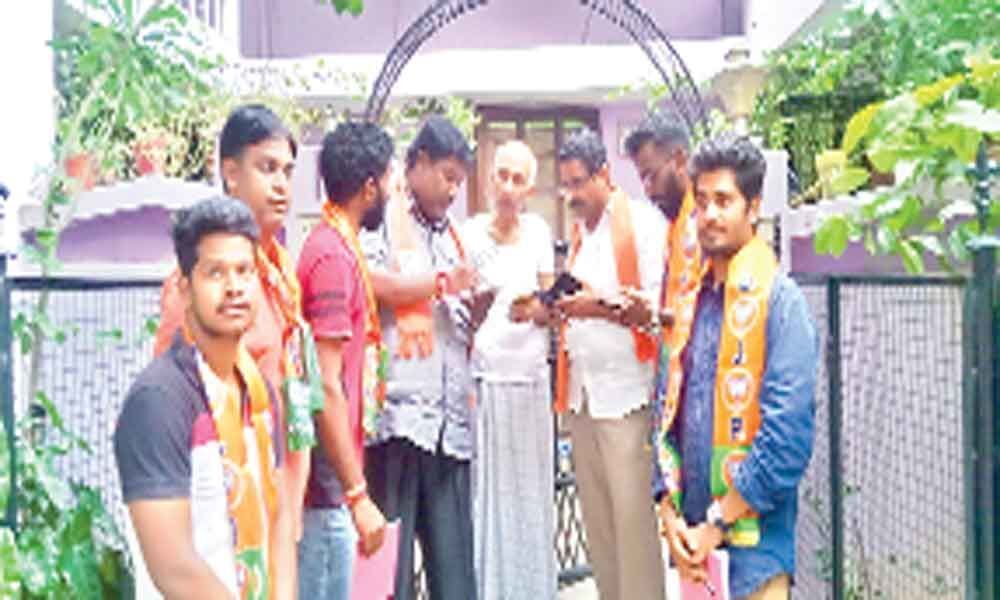 Vivekanandanagar: Medchal district BJP president Madhavaram Kantha Rao took up the 'Intintiki BJP Sabhyatva Namodu' (party's membership drive) programme in here on Sunday. He and party activists/leaders went to the houses in the colony urging the residents to join the party by taking membership.

Later, Rao, claimed that the campaign was going on briskly and that the people's response was good. He had appealed to all residents to enroll themselves as members. Among those who accompanied Rao were BJP activists Venugopal, Vinod and Karthik.