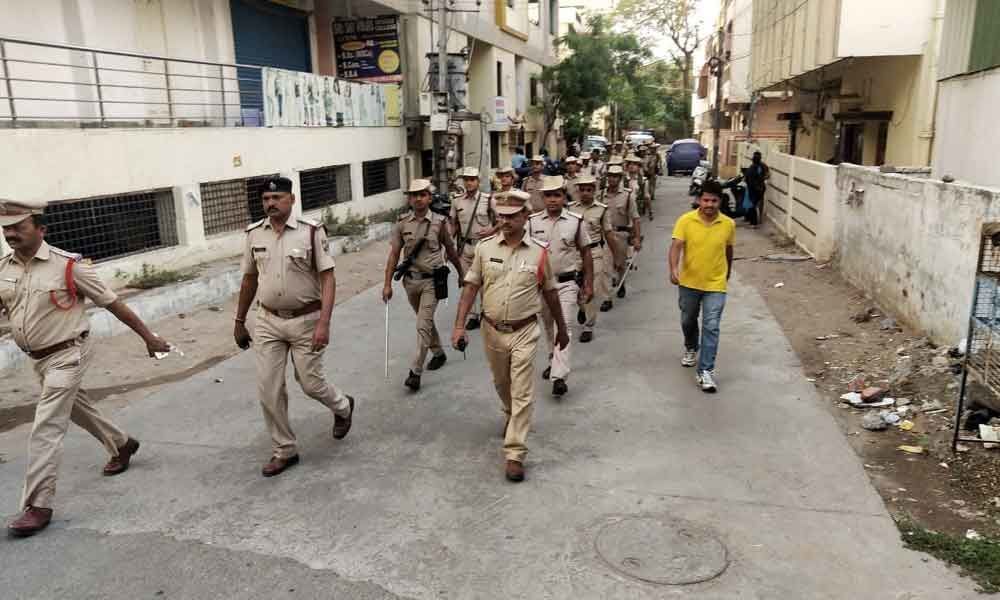 Later, they also conducted vehicle checking at Mohammed Nagar to build up the confidence in voters by exhibiting police protection to them, towards conduct of free and fair Lok Sabha elections.

The flag march was conducted under the supervision of ACP Santosh Nagar, SVN Shivaram Sharma along with the Inspector J Venkat Reddy with staff of Kanchanbagh police and 35 RPSF force. As many as 50 policemen participated in flag march in Kanchanbagh. It was started from East Maruthi Nagar via DS Nagar to DB Nagar and Yadagiri Nagar to Raji Reddy Nagar and ended in Champapet.