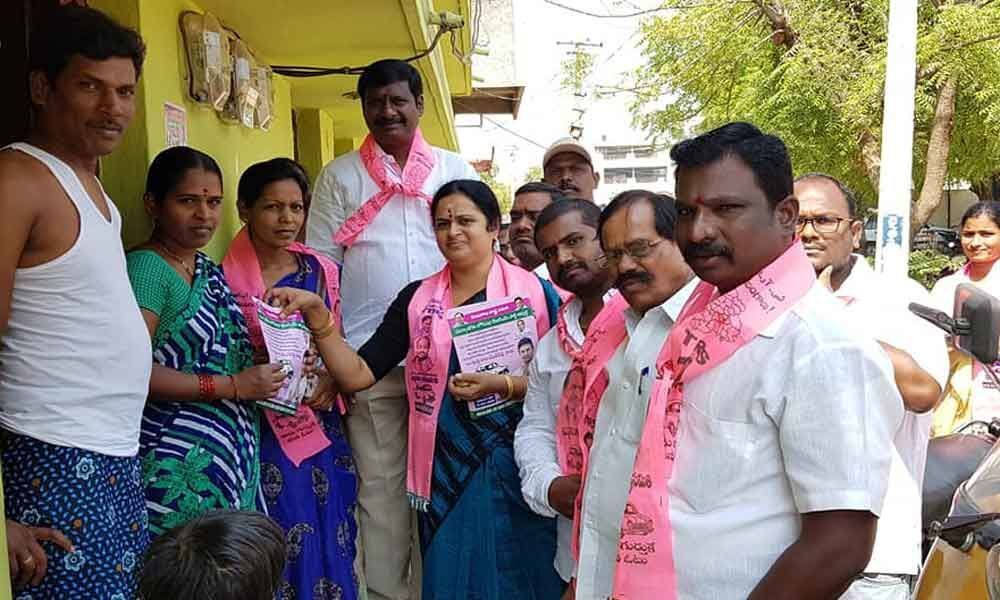 She performed special pooja at Trinetra Saibaba Temple in Saheb Nagar on Thursday and took out election campaign in Veeranjaneya Colony. She called upon everyone to strengthen the pink party.