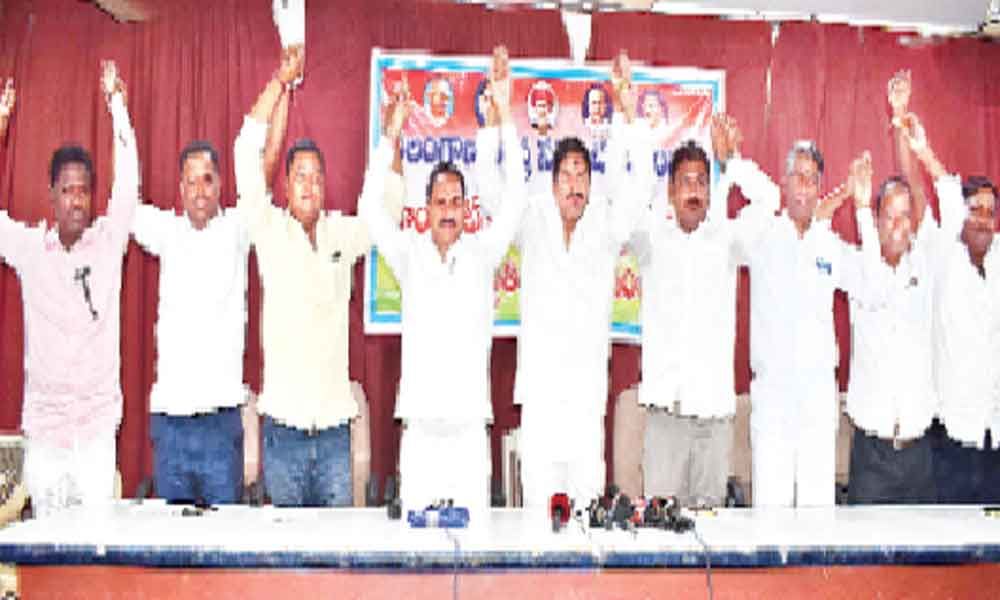 The Telangana State Sarpanches’ Association is getting ready for an agitation demanding scrapping of the joint cheque power given to upa-sarpanches and restoration of the old system.

Basheerbagh: The Telangana State Sarpanches' Association is getting ready for an agitation demanding scrapping of the joint cheque power given to upa-sarpanches and restoration of the old system. Its agitation programmes include submission of representations to the district collectors on June 24 and if the demand is not accepted a 'chalo' Hyderabad rally, a dharna at Indira Park and laying siege to Pragati Bhavan on July 8.

The decisions were taken by the newly elected sarpanches from across the State at a meeting in Press Club to discuss the future course of action. Addressing the meeting, Bhumayya Yadav recalled the 1996 agitation to secure the cheque powers after the association was formed one year back. He contended that clashes between the sarpanches and upa-sarpanches were occurring in villages after they were given cheque powers by the government.

He pointed out that because of the clashes development in rural areas was suffering. While expressing support to Chief Minister K Chandrasekhar Rao's dream of 'banguru Telangana' he said this would be possible only with the cooperation of the sarpanches.

Yadav demanded scrapping of the joint cheque power to upa-sarpanches and introduction of such a facility with a government employee. The meeting demanded increase of a sarpanche's salary to Rs.20,000.