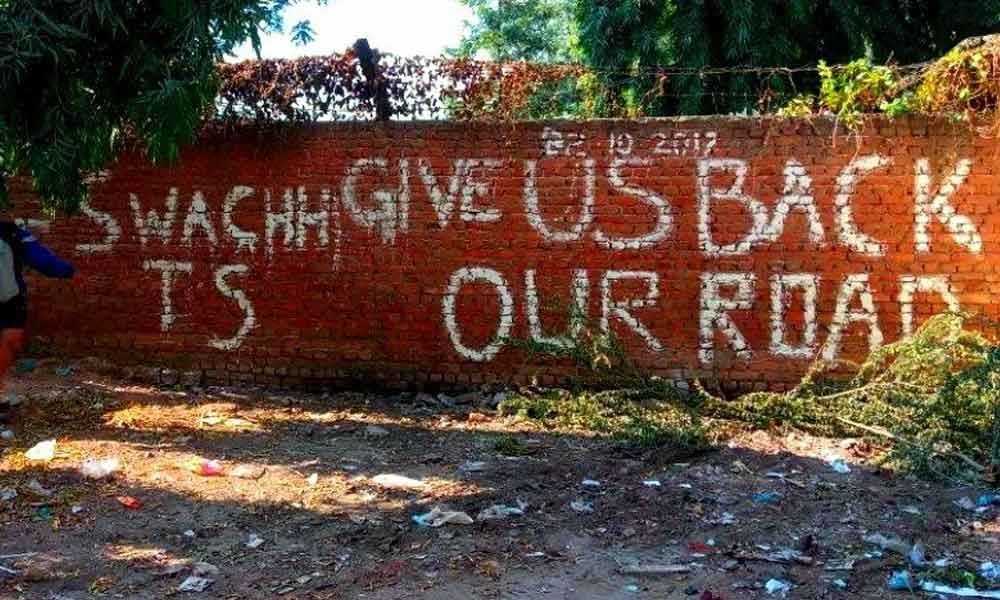 Residents of North-Eastern colonies took to twitter and reacted sharply to the statement made by SCB president who claimed that none of the roads in Cantonment area was closed.

Secunderabad: Residents of North-Eastern colonies took to twitter and reacted sharply to the statement made by SCB president who claimed that none of the roads in Cantonment area was closed.

The statement made by Brigadier Abhijit Chandra, president, SCB drew flak from the road users who have been using the roads for year. The claim which was published on Saturday in a mainstream newspaper that 'no civilians' roads is closed in SCB' bemused the residents of North Eastern colonies. They refuted that all the 21 roads remained closed in SCB for several years. Locals also raised the question if the residents had 'right of way' on roads which are under question.

"It is very obvious that nobody cares for the civilian population who resides in the North-Eastern parts of the city and also these areas are totally neglected. For the past many years the locals over here are facing hardship and also the locals have many times requested the SCB official to open the roads. But it is totally surprising to hear the statement from the SCB president that roads are open. It is total blatant disobedience by the LMA (Local Military Authority)," said Gulshan GevBamboat, resident of north eastern colonies, Secunderabad.

"That the statement made by the SCB president is unethical, as there is nothing called civilian roads in either Cantonments Act 2006, or Cantonment Land Administration Rules (CLAR) 1937. These are the two statutes relevant to the issue. The terminology used in both these statutes is roads on which public have right of way. The closed roads were ones on which public had right of way or not. If they were, then local military authorities (LMA) obviously had no legal power to close them. The answer to this question is already there in the manner in which these roads are recorded in the General Land Register (GLR) maintained in Secunderabad Cantonment, "said Chandar Shekar, federation of North Eastern Colonies, Secunderabad.

He further said the President of Cantonment Board and the LMA needs to understand their mistake and make amends by forthwith reopening the more than 20 roads over which public have 'right of way', which they have closed unilaterally despite not having any legal power to do so.

"SCB officials are clearly lying and blatantly too. Unfortunately, President of Cantonment Board is a senior army officer and armed forces we hold them in high respect. This is most misleading, unbecoming, disappointing and it lowers the dignity and respect we have for armed forces," said Anoop Kumar, a resident of north eastern colonies, Secunderabad.

"In the board meeting SCB president mentioned just orally that all civilian roads are open, but the fact is that none of the roads that were closed illegally are reopened. Even today anyone can see concrete walls that were constructed to close these roads. As per the protocol the president of the board has to table military of defence (MoD) orders in board meeting and capture the minutes of meeting but this is not happening," said Venkat Ramana, resident of north eastern colonies, Secunderabad.