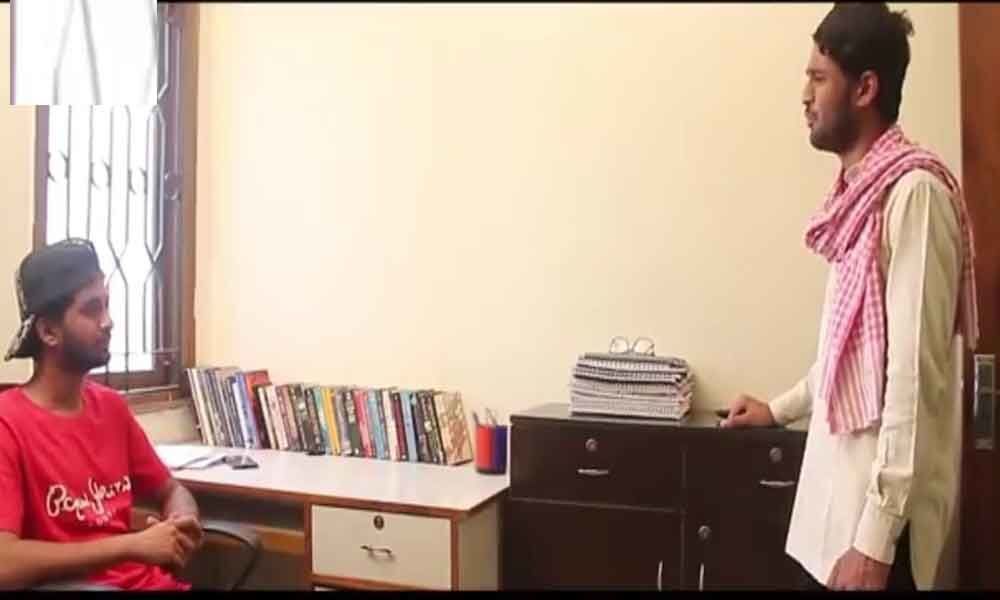 With the objective of bridging the gulf between different communities and to burst the falsehood being spread with impunity on social media platforms, the Tajalli productions based in city has come up with video series ‘Debunking myths about Muslims’ in the historical perspective, which was screened for the audience on Tuesday.

Hyderabad: With the objective of bridging the gulf between different communities and to burst the falsehood being spread with impunity on social media platforms, the Tajalli productions based in city has come up with video series 'Debunking myths about Muslims' in the historical perspective, which was screened for the audience on Tuesday.

According to the production house, the series is based on historical facts, backed by data, with bits of sarcasm and humour. The claims made in the videos were thoroughly researched and relevant references were provided wherever needed.

"For some years, falsehood is being spread by some politically inclined geeks on the social media, undermining the historical facts. Hence, we have decided to identify these myths and debunk them with the sole intention of establishing communal harmony," said Anas Rizvi, Assistant Director of the Tajalli production.

Located in Mehdipatnam the production team does homework (thorough research), before deciding on a particular subject. Earlier, it came up with similar videos on 'terrorism' and social issues like 'water conservation'. "Our sole objective is establishment of peace in the Indian society. Tajalli's earlier videos have reached out to the masses and we hope that our attempts were successful in debunking the myths, which are harming the communal fabric of the nation," he added.

The latest videos try to counter the false narrative of social media. In these videos two friends, Sajju (a logical Indian) and Shambu (active on social media and fed with fake messages) have a discussion on various myths and stereotypes surrounding Indian Muslims, such as Muslim rulers were communal, Muslims have not contributed to the country and the population of Muslims is exploding etc. Both the characters in the series are played by Sajid, who has also written the scripts of the videos. The latest series was screened in Lamakaan in Banjara Hills, which was attended by students, scholars and academicians.

"With the pan-Indian rise of right-wing politics in India in the recent years, right-wing extremism and hate are emboldened. This has led to the fabrication of a lot of myths and misconceptions about Indian Muslims," said Abdul Momim, the media coordinator of the production.

Through these videos, Tajalli production is trying to present a logical perspective on various socio-political and religious issues before its audience. "The objectives of the video series is, to dispel the myths and stereotypes about Muslims, to present facts, backed by data and to strengthen inter-community ties by reducing hate," he explained.