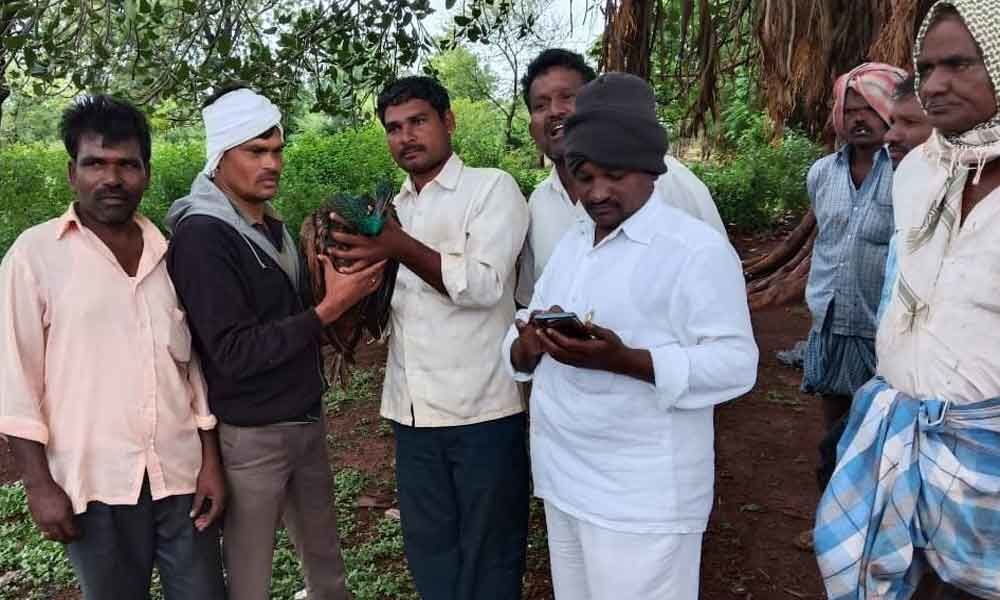 A peacock was killed by stray dogs in Madri village in Kohir mandal on Tuesday.

Zaheerabad: A peacock was killed by stray dogs in Madri village in Kohir mandal on Tuesday. The poor bird fell into well while trying to escape from the dogs.

Sarpanch of the village Ramesh, upa sarpanch Khudbhadeen, VRA Mallesham, Satish Yadav rescued the bird from well. The peacock had died while they were taking it to handover to forest officials. The forest officials conducted post-mortem before it was buried.