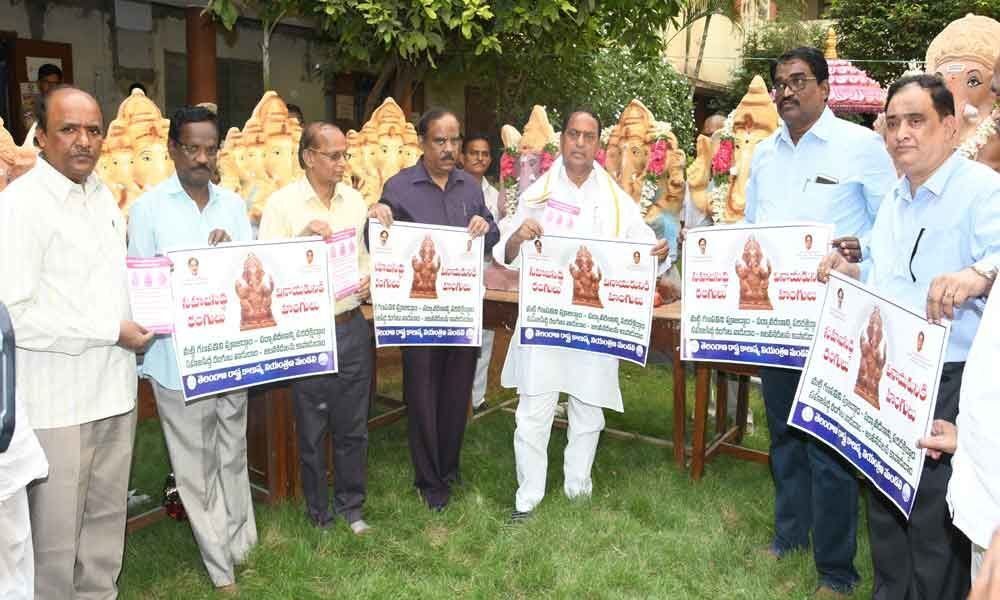 On the occasion, Indra Karan Reddy said, "Nearly 1,60,000 clay Ganesh idols are manufactured and will be distributed to people without any charge with the support of TSPCB (Telangana State Pollution Control Board)." He further added, "Idols with POP and chemicals will not get dissolve in water and pollutes. So people should get aware and use clay idols." Endowment department additional commissioner Srinivas, CY Nagesh, Ramesh Gupta, Murali Mohan and others were present.