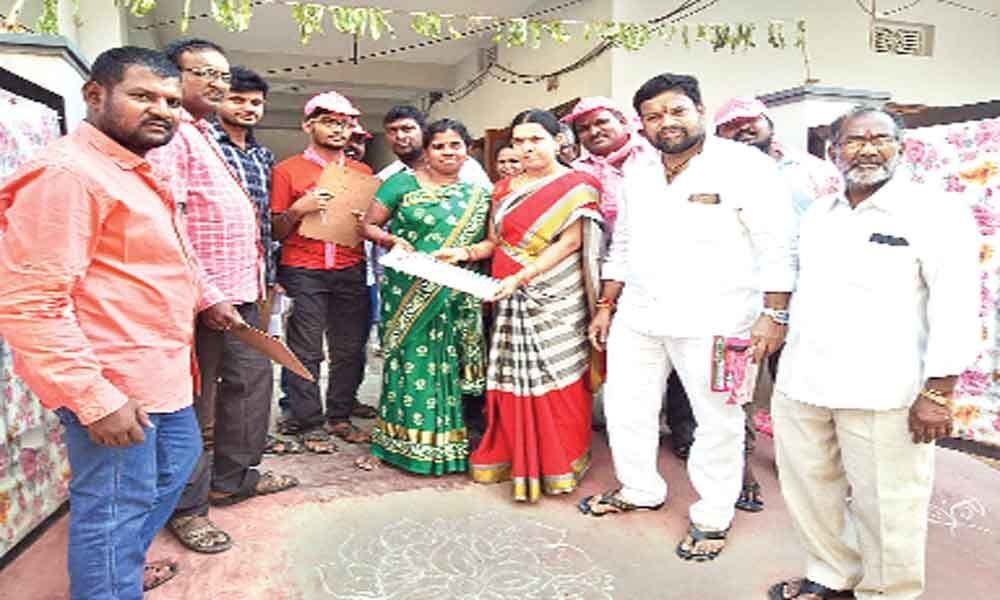 Speaking on the occasion, Shanthi said "Schemes which are not even implemented anywhere in India are being implemented in the Telangana State which has become a role model for other states." Moreover, she said that the development of the State would be ensured by electing Marri in Lok Sabha elections.

She urged the voters to cast their vote for Marri in the ensuing elections by explained to them about using the EVM machines. Sai Sekhar, Muthyam Reddy, Vittal Yadav, Katta Buchanna and others participated in the programme.