TRS will be a decisive force at Centre 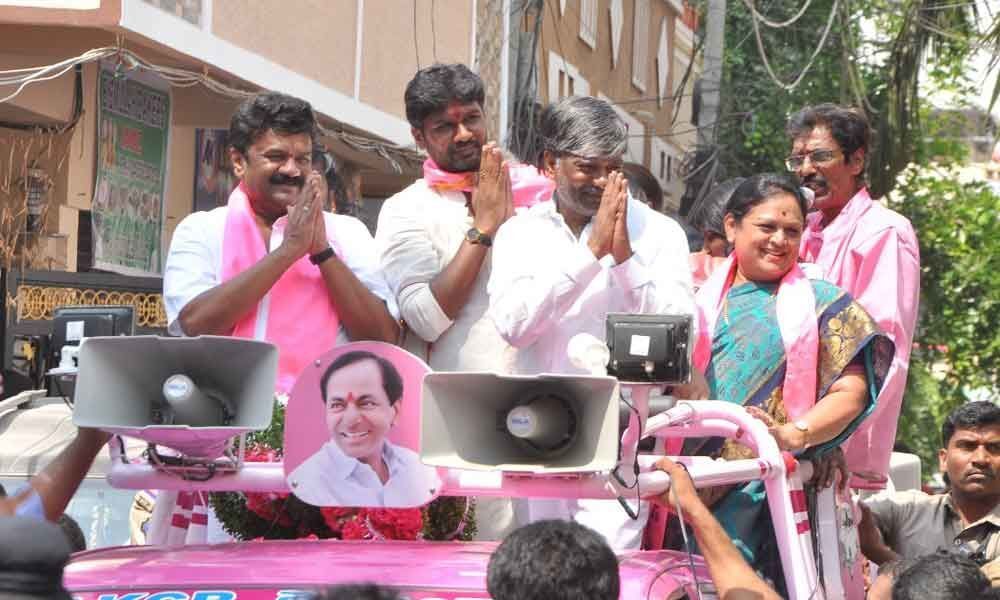 x
TRS will be a decisive force at Centre
Highlights

Telangana Deputy Speaker Teegulla Padma Rao Goud exuded confidence that TRS party would be a decisive force in the formation of the next government at the Centre.

Secunderabad: Telangana Deputy Speaker Teegulla Padma Rao Goud exuded confidence that TRS party would be a decisive force in the formation of the next government at the Centre.

He was participating in an election campaign in support of the Secunderabad TRS candidate Talasani Saikiran Yadav in various colonies in Secunderabad Assembly segment on Wednesday.

He conducted a door-to-door election campaign in Parsigutta, Ashok Nagar and other colonies along with the Minister of Animal husbandry and cinematography Talasani Srinivas Yadav and TRS candidate TalasaniSaikiran Yadav.

Speaking on the occasion, he expressed his hope that TRS party would win the Secunderabad seat for the first time and would create a new record. He accused the national parties BJP and Congress of ignoring public issues and said that Federal Front would play a key role in the formation of central government.

Talasani Srinivas Yadav, state minister, urged voters to vote wisely to TRS party as their vote would strengthen KCR at the national level. He said that the party victory in the ensuing elections would be given as a gift to their leader KCR.

Among those participated in the election campaign include corporators Dhanajaya Bai Goud, Alakunta Saraswathi, Bhargavi, Vijaya Kumari and others.