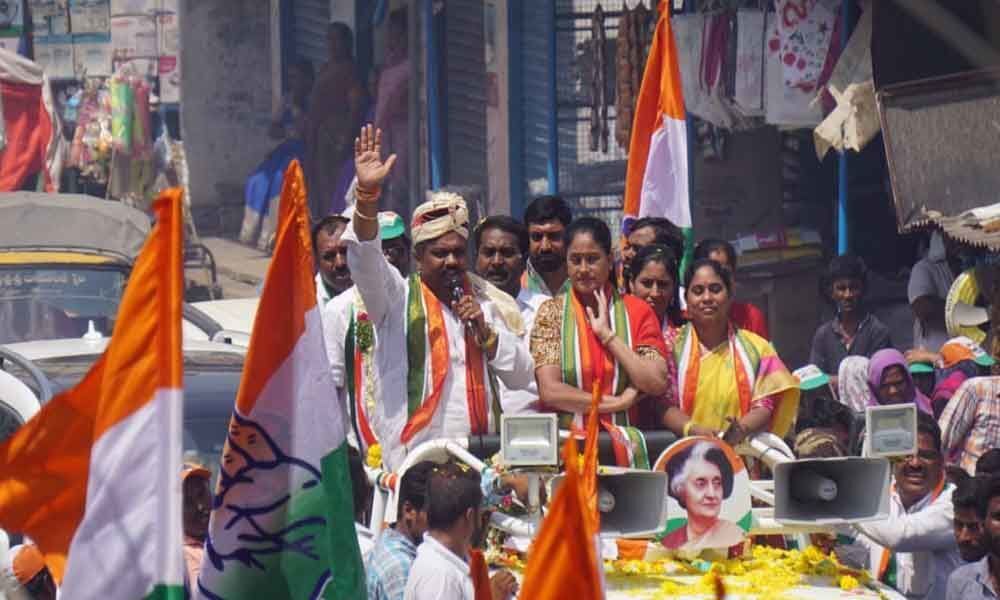 Addressing people during the roadshow, Vijayashanti accused TRS government led by KCR of making people of Telangana slaves. While people dreamed of better life in a separate state, their lives in the past five years have worsened under TRS rule.

She accused TRS party of tampering EVMs to win the recently conducted assembly elections. She also questioned people to decide whether they want to be slaves under KCR rule or get liberated under the Congress rule.

Medak candidate Anil Kumar described the election as fight between Modi and Rahul Gandhi. He promised, he would raise his voice against injustice done to people and fight for public issues if elected to the Parliament.

Among those who participated in the roadshow include Congress leaders K Srinivas Goud, Shankar Yadav, Shashikala Yadav Reddy, Godavari Anji Reddy, OU JAC leaders and others.