Farmers going to Maharashtra for urea 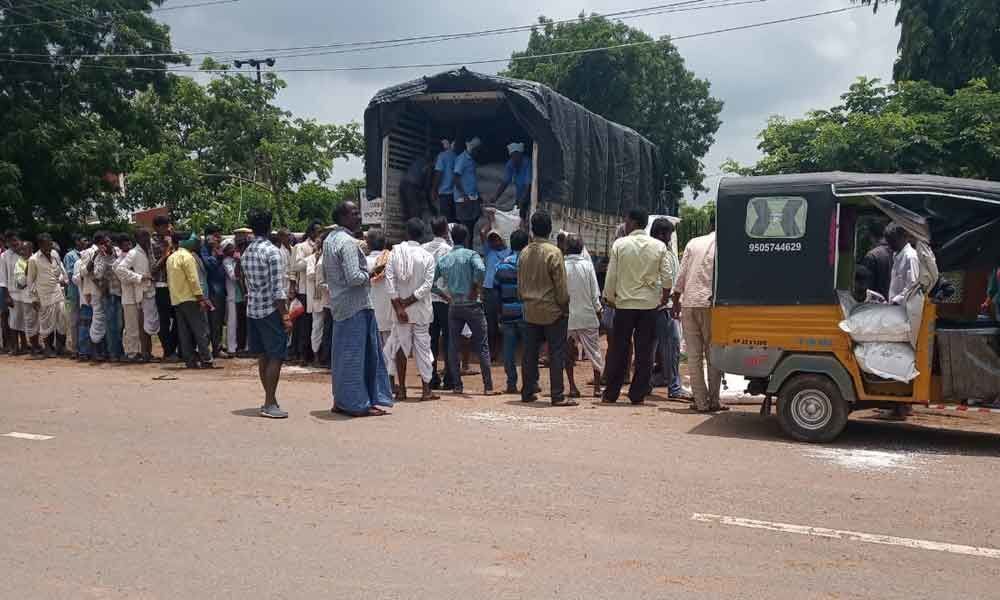 As the time for applying urea to the crops is coming to conclude, the farmers made a beeline to Maharashtra State to buy urea. The roads to this State...

Nizamabad: As the time for applying urea to the crops is coming to conclude, the farmers made a beeline to Maharashtra State to buy urea. The roads to this State are bustling with lorries and trucks hired by farmers. While some farmers are still waiting for urea stock in their mandals.

Urea shortage is troubling the farmers of Nizamabad and Kamareddy districts. There is uncertainty when the urea stock will come to the districts. This in turn interrupted farming activities. If anyone says urea stocks came to any particular place, farmers are running to that place to get urea. But that also not working out as either the news is fake or they were given only one or two bags or urea after waiting an entire day.

This left no choice for the farmers except to cross borders in search of fertilisers, since the saplings are turning to yellow colour and without growth due to non-application of urea. Though the MRP is same in Telangana and Maharashtra, they have to pay Rs 85 extra per each bag towards transport charges.

That means, they are paying Rs 330 for each bag instead of Rs 270. The farmers have to pay extra to protect maize, turmeric, paddy, jowar and other crops. To save at least some money, a few farmers are collectively hiring vehicles and purchasing urea from Maharashtra State.

But the farmers are choosing to go neighbouring State, who said, "It is better to purchase from other States even at a higher price instead of going through tension."