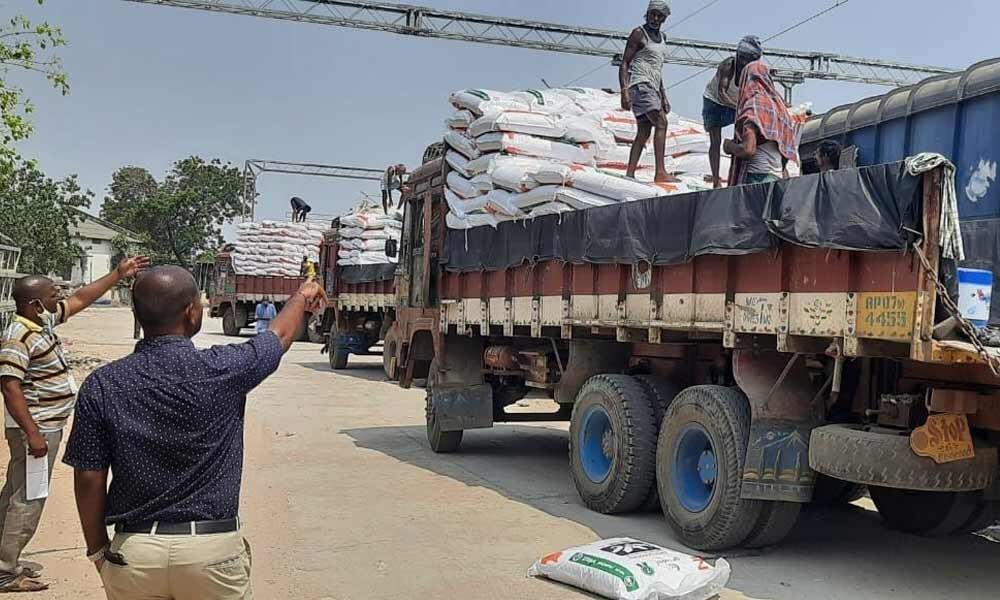 This is the first-ever rake of floating fish feed transported from Vijayawada division to other State. Fish feed is an important part of modern commercial aquaculture, providing the balanced nutrition needed by farmed fish. A total of 1338 tonnes of fish neatly packed in standard dimension bags were loaded in 21 BCN (covered wagons), through which earnings of Rs.29.86 lakh earnings were achieved by the division.

Traditionally, the fish feed was transported to North Eastern States through road transport at the cost of Rs 7500/tonne for a distance of 2138 kms.

Earlier mini rakes (21 wagons) were permitted only up to a distance not more than 1500 kms between different zones. The Railway Board recently relaxed the rules and is now permitting inter-zonal transport of mini rakes beyond 2000 kms till June 31 to attract more freight customers and increase the freight basket.

Due to constant discussions and repeated negotiations by the business development unit (BDU) at the field level and briefing them regarding various economic benefits and advantages of transport through rail route, the party agreed to load the consignment from Gudivada. Cost per tonne through rail transit is approximately Rs.2125/tonne, which is 74 per cent lesser than road transport for almost same distance.

The business development unit of Vijayawada division acted accordingly in making the freight customers aware of the benefits by transporting their material by railways. Apart from being beneficial to the customers in terms of cost-effective transport, it also resulted in generating additional revenue and achieving new stream of traffic to the division which is a win-win situation for both the freight customer and Railways, the officials said.