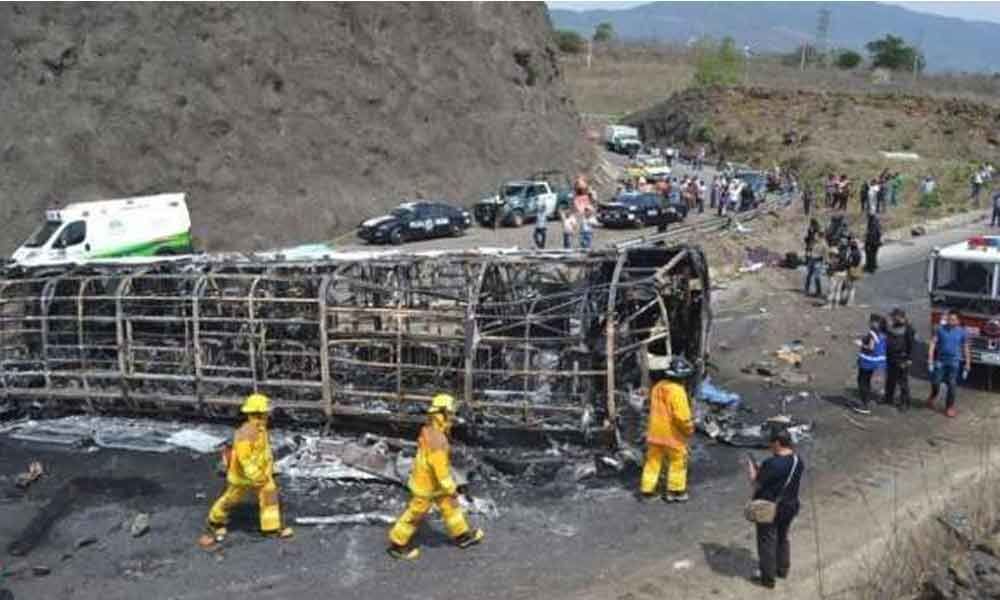 Dubai: At least 12 Indians travelling in a bus from Oman to Dubai died in a fatal crash late on Thursday. Seventeen people were killed in the crash.

The Dubai police said the bus was carrying 31 people when it "overrun a traffic signal" near the Rashidiya exit.

The bus crashed into a height barrier, which slashed the rear window, cut into the left side of the bus and killed passengers sitting on that side.

"We are sorry to inform that as per local authorities and relatives it is so far confirmed that 8 Indians have passed away in the bus accident," the Indian Consulate in Dubai tweeted.

The death toll later increased to 12. The Indian Consulate expressed condolences to the families of those who passed away in this tragic accident.