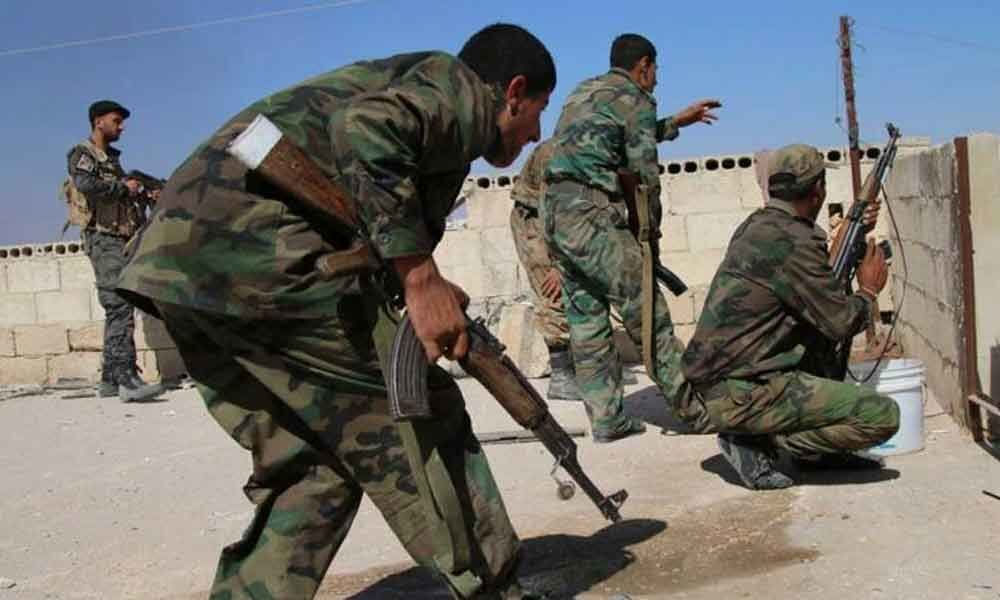 The war has been raging since 2011 in Syria.

Moscow: At least 140 terrorists were killed after the Syrian Army launched efforts to repel an attack on the Hama Province by armed opposition groups and the Hayat Tahrir al-Sham terror group, which is designated as a terrorist organisation by countries like USA, Canada, etc.

The offensive on the province lasted for two days, from June 6 to June 7, Sputnik reported while quoting the Russian Centre for Syrian Reconciliation.

Around 500 terrorists with armoured vehicles and tanks attacked Syrian Army positions near Jabin and Tal Melh towns in the province, according to Major General Viktor Kupchishin, who is the commander of the Russian Centre for Syrian Reconciliation.

Apart from this, armed opposition groups from Idlib also launched an offensive on June 7 near the towns of Karnaz and Hamamiyat in the province.

"While repelling the attacks by armed opposition groups, the armed forces of the Syrian Arab Republic destroyed more than 20 militants, a tank and two pickup trucks," he lastly said.

Even though the Idlib Province is one of four designated de-escalation zones in Syria, it is still home to at least 30,000 gunmen. The war has been raging since 2011 in Syria.