7 killed, 15 injured in air strikes by Assad regime in Syria 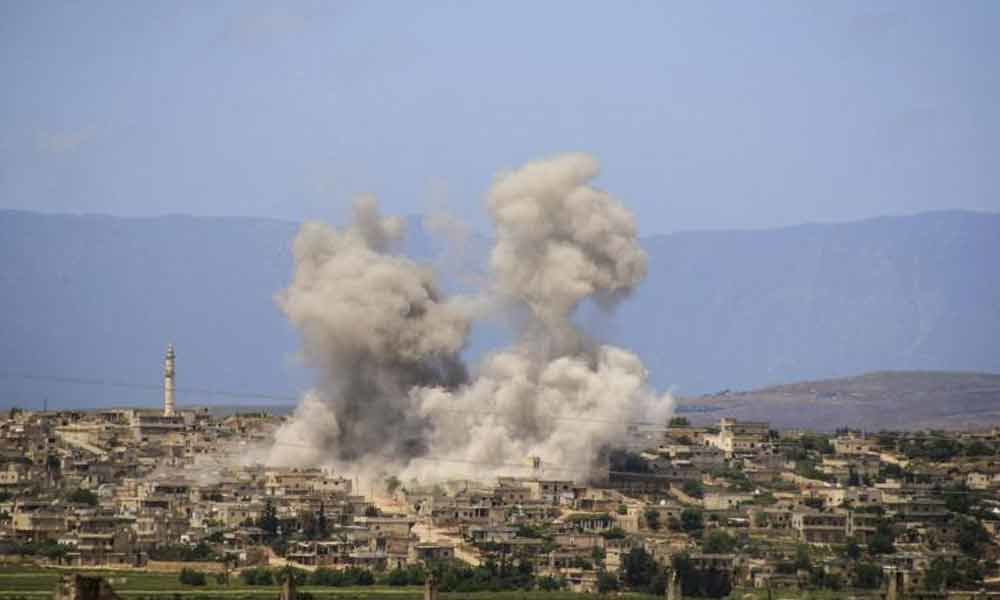 More than 370,000 people were killed and millions were displaced in Syria and abroad since the beginning of the Syrian war in March 2011.

Idlib: At least seven were killed in air strikes by the Syrian government on the northwest province of Idlib on Saturday.

Around 15 others suffered injuries in the attacks by President Bashar al-Assad regime.

Out of seven, three people were killed in an air strike on the town of Maaret al-Numan, while in al-Bara, three children and their father were killed, reported Al Jazeera.

Even though the Idlib Province is one of four designated de-escalation zones in Syria, it is still home to at least 30,000 gunmen. The war has been raging since 2011 in Syria.

In September last year, Turkey and Russia agreed on a ceasefire on Idlib, where the two sides agreed that the province would act as a de-escalation zone and promised to refrain from staging acts of aggression in the demarcated area.

However, regime forces have been launching several attacks in the de-escalation zone, thereby violating the truce terms.

Over 170 civilians have lost their lives in Idlib since April 25. The province is home to about three million people.

More than 370,000 people were killed and millions were displaced in Syria and abroad since the beginning of the Syrian war in March 2011.