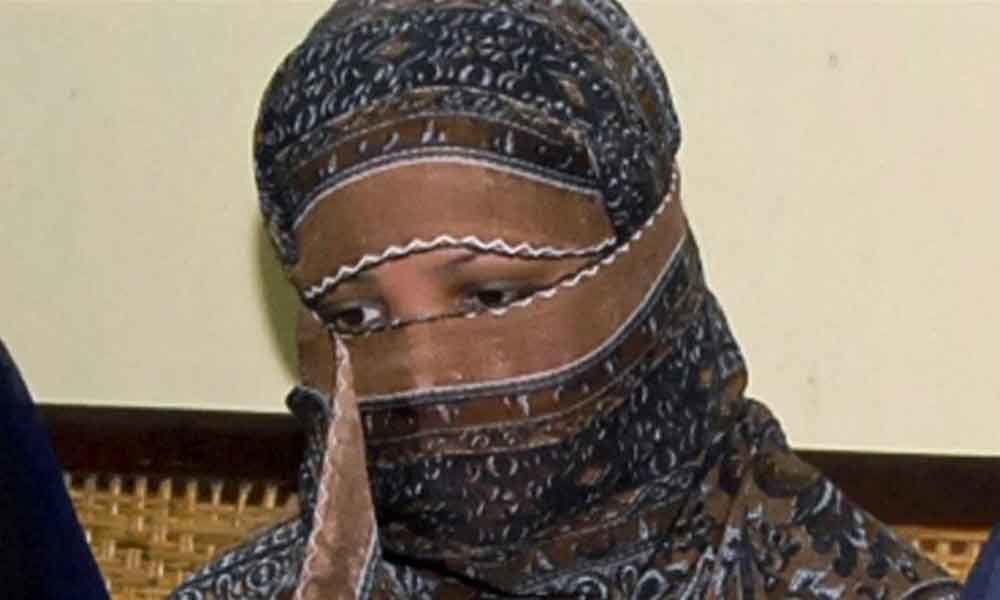 Aasia Bibi, a Pakistani Christian woman who was cleared by the country's Supreme Court of blasphemy charges last year after spending eight years on death row, has left Pakistan and arrived in Canada to reunite with her family, her lawyer and government officials said on Wednesday.

Islamabad:Aasia Bibi, a Pakistani Christian woman who was cleared by the country's Supreme Court of blasphemy charges last year after spending eight years on death row, has left Pakistan and arrived in Canada to reunite with her family, her lawyer and government officials said on Wednesday.

The mother of five left for Canada on Tuesday and landed there after leaving Pakistan where she faced death threats from Islamist groups despite being exonerated by the apex court.

"Asia Bibi reached Canada last night. She left Pakistan with her husband yesterday after the government permitted her to leave. Although it took long, finally she is safe, Alhamdulillah (Thank God)," her lawyer Saif ul Malook told Efe news.

Pakistan's Dawn online cited a Foreign Office source as saying that "Aasia Bibi left on her independent will with full support and security from the Pakistani government".

Another source from the Foreign Affairs Ministry told Efe news: "There was a certain procedure which led to the delay for her to leave the country... but all the arrangements were (made) by the government for her safe exit.

"She is a free citizen and she could move wherever she wanted to," said the source.

One of Bibi's close aides told Efe over phone that Bibi and her family members have been offered asylum in Canada.

"The government says that they had to manage some internal issues with the religious parties and with other bodies so it took that long for her to leave the country," the aide said.

Bibi was accused of insulting Prophet Mohammad during a row with her neighbours in 2009. A court sentenced her to death in 2010 under Pakistan's controversial blasphemy laws, sparking widespread outrage from national and international human rights groups.

She was released from prison in November 2018 after being acquitted by the Supreme Court of blasphemy charges on October 31.

Her acquittal triggered widespread protests by religious hardliners in the country where blasphemy is a sensitive issue with 97 per cent of Pakistan's 180 million inhabitants being Muslims.

Even before Bibi's conviction was overturned, far-right Islamist party Tehreek-e-Labbaik (TLP) vowed to take to the streets if she was freed. Massive protests paralyzed the country for three days after the ruling was announced.

The government allowed the protesters to file a review in the top court, which stopped Bibi from leaving the country until the verdict was announced.

The apex court on January 29 rejected the appeal against the acquittal, removing the last obstacle to her freedom and possible exit from the country.

International and local rights groups have been demanding reforms of the controversial blasphemy laws, which were introduced by the military dictator General Zia-ul-Haq in the 1980s.

It is widely believed that such laws are often misused to settle disputes and for personal vendettas.