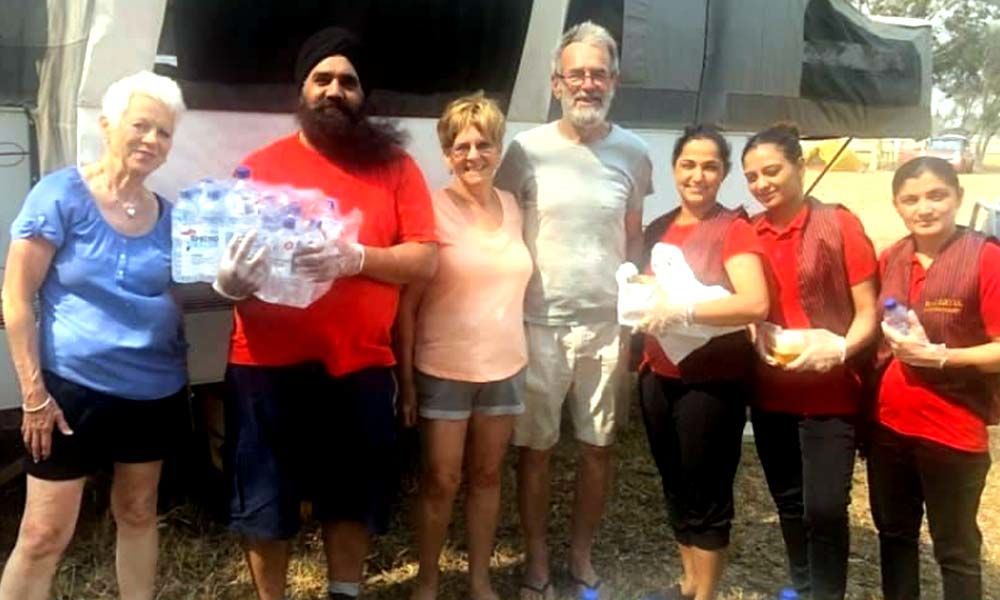 Kamaljeet Kaur, along with her husband Kanwaljeet Singh, has been preparing simple meals of curry and rice for the victims in their Desi Grill...

Melbourne: Extending a helping hand to the hapless victims of the raging bushfires in Australia, an Indian couple is providing fresh meals from their restaurant to those affected by the disaster.

Kamaljeet Kaur, along with her husband Kanwaljeet Singh, has been preparing simple meals of curry and rice for the victims in their Desi Grill restaurant in Bairnsdale in the state Victoria for the last five days as the bushfire crisis in the country worsened.

"We are providing proper meals of curry and rice. We distribute the food at the relief centres as well as give to those who come to our restaurant asking for it. The situation is really bad. Initially, there was less fire in the area but later it expanded. People have lost their lives, houses, farms and animals," Kaur told PTI over the phone on Saturday.

Victoria is one of the worst affected areas in the disaster. Other areas are New South Wales and South Australia.

More than 14,000 hectares have been destroyed in South Australia's Flinders Chase National Park, Kangaroo Island. Expressing concern over the situation, Kaur said that people had left their houses and were either shifting to relief camps or moving to Melbourne.

The couple, who migrated to Australia over a decade ago, was earlier providing raw materials to Sikh volunteers in the area to prepare food for the affected people but later started preparing it in their restaurant.

Even the shortage in staff in their restaurant has not deterred the Melbourne-based couple from helping those in need as they have roped in friends and family to prepare food for the victims as well as manage business hours of the restaurant.

"Most of the staff members have left due to the disaster. My family and friends are working in the restaurant," said Kaur, who along with her husband, started the restaurant in Bairnsdale in 2016.

She said that the loss in the area felt like "personal as we have lived here for seven years before moving to Melbourne." "This place is like a small countryside area. We know almost everyone here and is emotionally connected with the people. So the loss is more personal. More than anything else, people have lost their memories as mostly old couples stay in the area and they had their farms and animals destroyed in the fire," she said.

Evacuation orders were in place across Victoria's Alpine region and the navy was ferrying evacuees to relief centres. "We have seen wind gusts up to 67 km/h already today, up at Mount Hotham. It's predicted when the change comes through we will see gusts up to 80 km/h. We have a long way to go today. Today is a very challenging day for all of us," Emergency Management Commissioner Andrew Crisp said.

Temperatures are expected to hit 40 degrees at Gippsland and 45 degrees in the northeast. Fears of dry lightning storms are expected to cause more fires. About 50 fires continue to burn across Victoria with more than 820,000 hectares destroyed - mostly in the East Gippsland and northeast of the State. Victorian Premier Daniel Andrews on Thursday declared the state of emergency, advising residents to leave immediately.