Ancient artefacts from India repatriated in UK on Independence Day 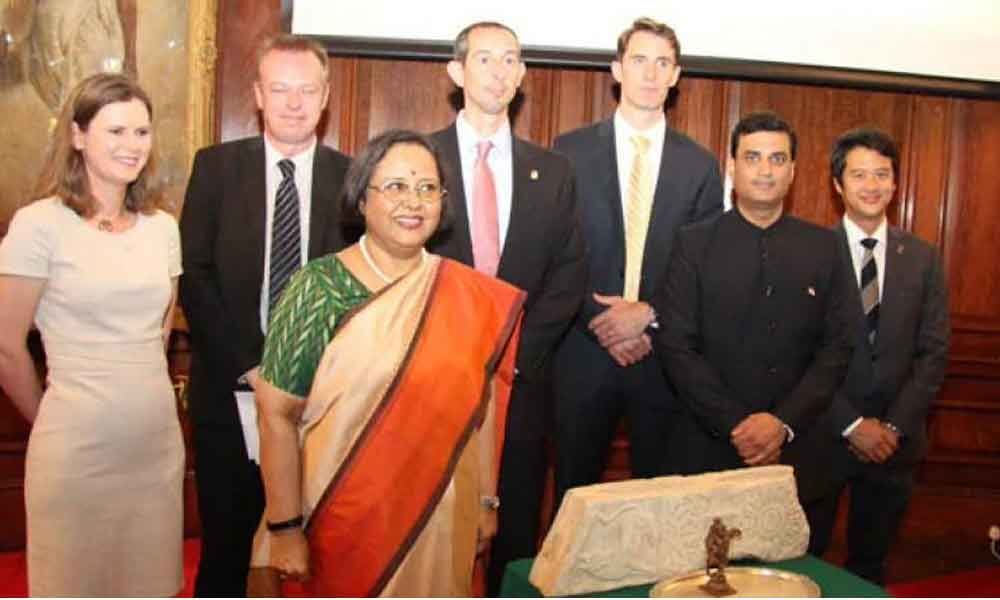 The two artefacts are linked to one of the most prolific art smugglers in the world, named Subhash Kapoor.

London: Two ancient artefacts stolen from India many years ago were repatriated by a joint US-UK investigation team to coincide with the 73rd Independence Day celebrations at the Indian High Commission on Thursday.

"The return of these artefacts to India is a warm and friendly gesture by the UK and US agencies," she said.

The two artefacts are linked to one of the most prolific art smugglers in the world, named Subhash Kapoor, who was recently charged in New York as part of a US Homeland Security Investigations (HSI) operation.

An individual in the UK, who is not being named by the authorities, was in possession of the items and came forward to the HSI expressing a desire to surrender the pieces.

"The cultural significance of artefacts looted from regions around the world extends beyond a monetary value. The pieces, like those recovered through this operation, are stolen fragments of history; and it is an honour to return them to their rightful home country," said Peter C. Fitzhugh, special agent in charge for HSI New York.

"HSI recognises the importance of both international and local partnerships in locating pilfered antiquities and cultural property, and it is through these repatriations that new generations are able to experience a part of their nation's story," he said.

In the UK, his team was assisted by Scotland Yard's Art and Antiques Unit in the restoration of the two items in London.

"The Metropolitan Police's Art and Antiques Unit values the opportunity to work closely with international law enforcement to combat cultural heritage crime. The return of these two items to India is an example of the good results that can be achieved by working together," said Tim Wright, Detective Chief Inspector, Central Specialist Economic Crime for the Met Police.

The two items are to be handed over the Archaeological Survey of India (ASI), whose experts will then undertake further physical examinations to establish their exact period and original location and also determine how they would be conserved and displayed in India.