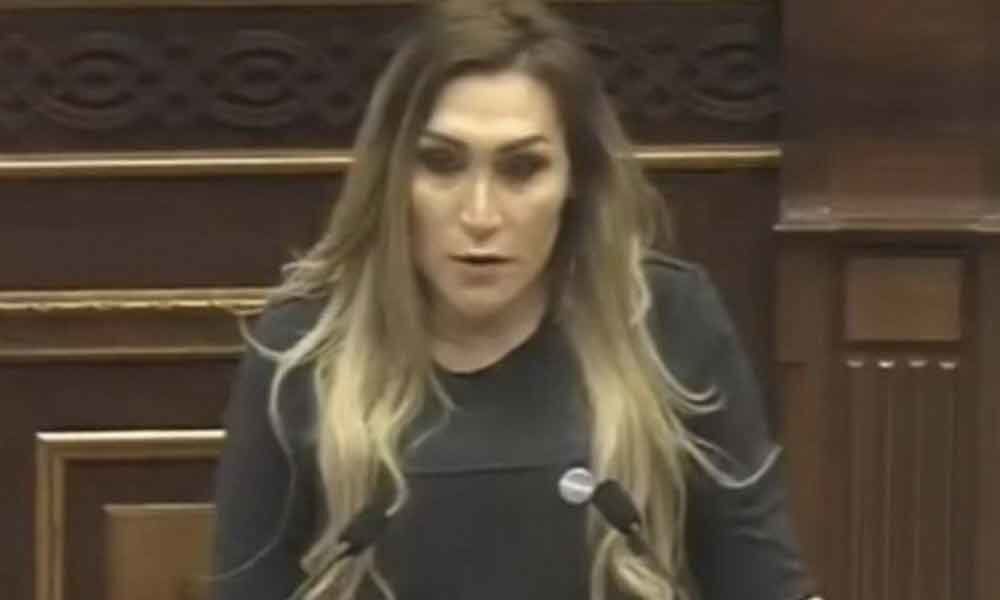 Some parliamentarians in Armenia have called for burning to death Armenia’s first registered transgender woman, Lilit Martirosyan, for speaking out against discrimination at a session of the National Assembly’s committee on human rights two weeks ago.

Yerevan: Some parliamentarians in Armenia have called for burning to death Armenia's first registered transgender woman, Lilit Martirosyan, for speaking out against discrimination at a session of the National Assembly's committee on human rights two weeks ago.

Lilit Martirosyan became the first member of her country's lesbian, gay, bisexual, transgender and intersex (LGBTI) community to take to the parliamentary podium.

Martirosyan expressed solidarity with a community that has been "tortured, raped, kidnapped, subjected to physical violence, burned, immolated, knifed, subjected to murder attempt, killed, emigrated, and robbed." She said transgender people in Armenia are subjected "to stigma and discrimination in social, medical, legal, economic areas, and … [are left] unemployed, poor and morally abandoned."

The speech has since sparked a backlash in Armenia, where homosexuality has been decriminalised but discrimination against LGBTI people is rife. There have been anti-LGBTI protests in front of the national Assembly and verbal attacks by some parliamentarians.

The prime minister and the main opposition have tried to blame each other for allowing Martirosyan's speech.

"This was the first time in Armenia when a transgender woman spoke from a high podium… of violence against transgender people," Martirosyan told the Guardian. "[A] transphobic man with a knife came to the national Assembly to announce that he would kill me and that others like me must be killed, too … I have received many messages via Facebook and email from various people telling that they will find and kill me.

"In the post-revolutionary Armenia, hate has no place," she added, referring to popular protests last year that ushered in a new era under Nikol Pashinyan, the former street politician who was elected prime minister last May.

Martirosyan said the home addresses of several people who work for Right Side, the transgender rights organisation she created in 2016, have been leaked and that her own home address has been spread across the internet by extremist groups who have threatened to "kill them if we find them".

Nationalists, she said, have gathered outside her house, raising Armenian flags.