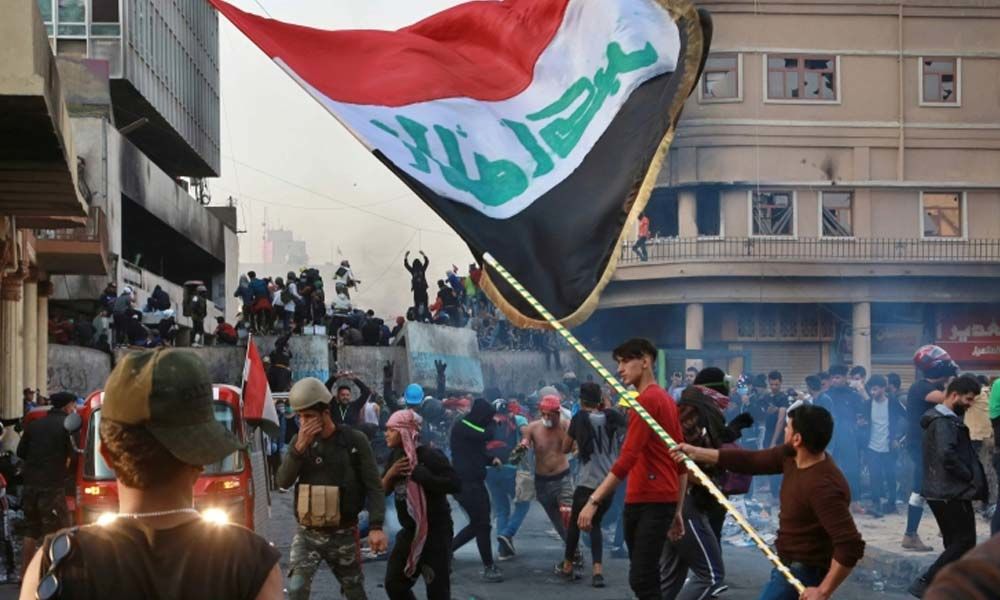 On Wednesday, the situation escalated in southern Iraq, prompting the authorities to declare curfew in the Najaf province, where the protesters set...

BAGHDAD: At least 45 demonstrators have been shot dead by security forces and 152 others have been injured amid increasing protest violence in the south of Iraq and the country's capital Baghdad, local media reported, citing sources.

Al Arabiya reported that those wounded were registered in the city of Nasiriyah on Thursday.

According to the outlet, 12 protesters had been killed in the city of Najaf in the authorities' crackdown on demonstrators who set the Iranian consulate on fire in what the broadcaster called an uprising against Iraq's Iranian-backed government.

Moreover, more than 25 people had been killed by the security forces in Nasiriyah.

The reports added, citing local officials, that the authorities had imposed curfew in the areas affected by the clashes between the protesters and security forces.

The most recent wave of protests has been focused on the city of Nasiriyah, the provincial capital of the Dhi Qar province.

Al Arabiya reported, citing its sources, that the unrest was also underway in the city of Samawah located in the Muthanna province. Moreover, the demonstrators have blocked off roads between Baghdad and the nearby Diyala province.

On Wednesday, the situation escalated in southern Iraq, prompting the authorities to declare curfew in the Najaf province, where the protesters set the Iranian consulate building on fire.

According to the provincial governor, 47 police officers had been injured in the violence in the city of Najaf. Both Iran and Iraq condemned the attack on the embassy.

The violent protests have been rocking southern Iraq since early October. More than 350 people were killed and about 15,000 people were wounded since the beginning of the protests. The demonstrators rally against corruption, low living standards, and unemployment.