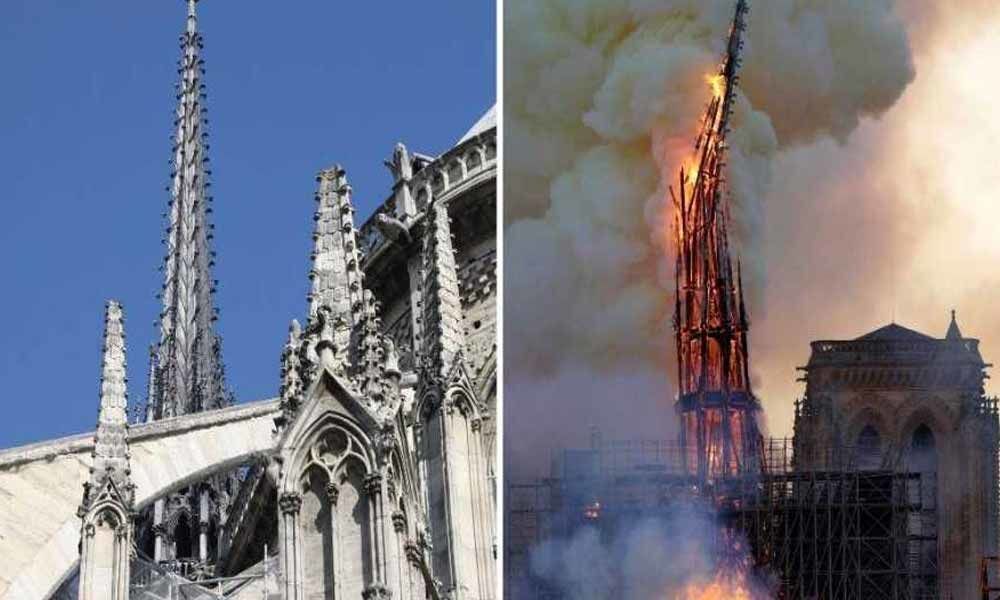 Sanders called Notre Dame, which was heavily damaged in the blaze, an "iconic structure" that "has served as a spiritual home for almost a millennium."

"We stand with France today and offer our assistance in the rehabilitation of this irreplaceable symbol of Western civilization. Vive la France!" Trump's spokeswoman Sarah Sanders said in a statement.

Sanders called Notre Dame, which was heavily damaged in the blaze, an "iconic structure" that "has served as a spiritual home for almost a millennium."

The statement called France the oldest US ally and said "we remember with grateful hearts the tolling of Notre Dame's bells on September 12, 2001, in solemn recognition of the tragic September 11th attacks on American soil. Those bells will sound again."

The White House's measured words contrasted with Trump's shocked, off-the-cuff reaction on Monday, when he asked whether the French fire services shouldn't be bringing water tankers to try and extinguish the blaze from the air.

"Must act quickly!" he tweeted as French firefighters scrambled to try and control the inferno.

French authorities pointedly responded in a tweet written in English that "all means are being used, except for water-bombing aircraft," because the force of falling water could destroy the ancient building.