Donald Trump on Independence Day: Nothing impossible for Americans 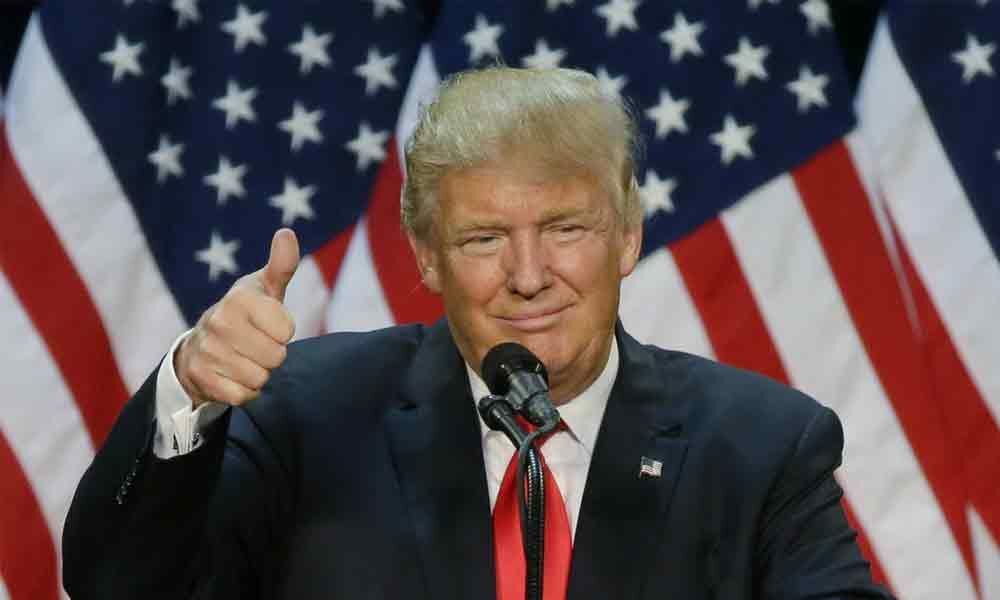 Trump, in his rousing I-Day speech in Washington, used the traditionally politics-free holiday to deliver shoutouts to each arm of the military.

Washington: President Donald Trump sang the praises of the US military and American heroes of the past two and a half centuries Thursday as he skirted politics in a rousing Independence Day speech in Washington.

"What a great country," Trump exclaimed in an address saturated with patriotism and exceptionalism.

"For Americans, nothing is impossible."

As combat aircraft, including the rarely seen B2 stealth bomber flew overhead, Trump scrolled through myriad events of US history, from groundbreaking inventions to battlefield victories, drawing cheers of "USA! USA!" from an enthusiastic rain-soaked audience of tens of thousands on the National Mall in Washington.

In front of a massive statue of a seated Abraham Lincoln, the heroic 19th century president, Trump used the traditionally politics-free holiday to deliver shoutouts to each arm of the military, as well as singling out first responders and the controversial Border Patrol and Immigration and Customs Enforcement agencies that have been criticised for their treatment of migrants.

But he disappointed critics who had warned that Trump, the first president in decades to make a keynote speech on the July 4 holiday, was hijacking the celebration to bolster his own political standing and attack rivals.