I am here to watch the game: Mallya spotted at Oval stadium in London 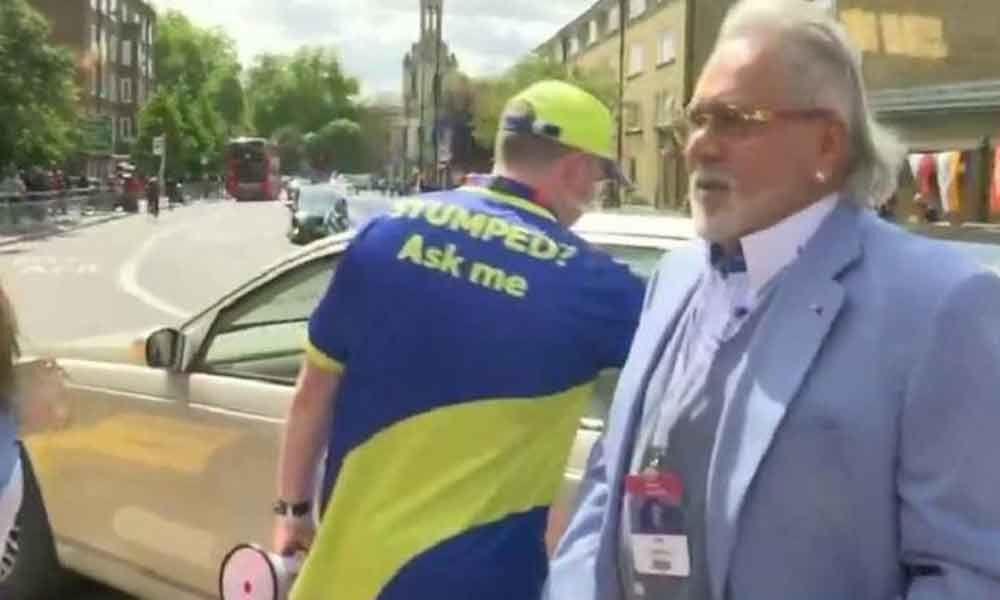 The UK home office and Westminster Court had ordered his extradition to India over charges of money laundering, fraud and conspiracy.

London: Absconding liquor Baron, Vijay Mallya, who is facing extradition proceedings in UK, was seen attending India's match against Australia at the Kennington Oval in London on Sunday.

Evading questions on his extradition case, Mallya told ANI, "I am here to watch the game," and added that "preparations are underway for the next hearing scheduled in July."

The UK home office and the Westminster Court had last year ordered his extradition to India over charges of money laundering, fraud and conspiracy after he failed to convince authorities there that he has been made a victim of political intrigue.

On April 8, A United Kingdom court has denied permission to fugitive businessman Vijay Mallya to appeal against his extradition order to India to face trial for alleged fraud and money laundering amounting to Rs 9,000 crore.

The 63-year-old embattled liqour baron had approached the court against the February 5 order signed by the UK Home Secretary approving Mallya's extradition.

The rejection of Mallya's appeal is seen as a positive development for authorities in India who have been pushing for the extradition of the businessman who faces charges of loan frauds, money laundering and other economic offences.

"Vijay Mallya is accused in India of conspiracy to defraud, making false representations and money laundering offences," the order said.

A major breakthrough was achieved on December 10 when the Westminster Magistrate's Court found merit in the charges registered against Mallya in India and approved his extradition.

As per the case registered by the Enforcement Directorate, Mallya had allegedly paid USD 200,000 to a British firm and some European countries for displaying the logo of his now defunct Kingfisher airline in Formula One World Championships in London in 1996, 1997, and 1998.

The investigating agency also claimed that the money was paid without prior approval from the Reserve Bank of India (RBI) in violation of the FERA norms.