Local elections give Brexit bashing for Theresa May and opposition 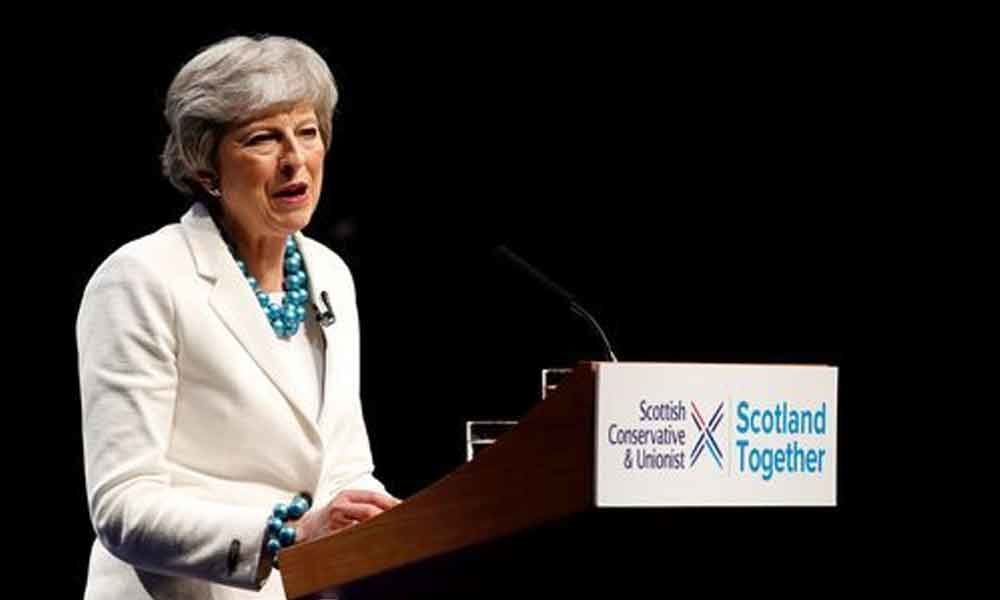 Thursday's voting for seats on local councils in England provided a stark display of how Britain's 2016 vote to leave the European Union has split voters beyond traditional party lines.

Brexit has damaged the standing of the big parties, both of which are internally divided over how or even whether to lead Britain out of the EU, and have struggled to deliver a coherent message to voters on either side.

Frustration sometimes boiled over. One audience member shouted "Why don't you resign?" before May addressed Conservatives in Wales. Some ballot papers were spoiled, with voters refusing to vote for any of the parties.

With all of the English results counted, the Conservative Party had suffered a net loss of 1,332 seats on local councils that were up for re-election, down by around a quarter. Labour, which would typically aim to gain hundreds of seats in a mid-term vote, instead lost 81.

The main beneficiaries of the swing against the two main parties were the pro-EU Liberal Democrats, who campaigned on a straightforward demand for a new referendum, aiming to reverse Brexit. They had won 700 councillors, more than doubling their seats. The Greens, who also back a second Brexit referendum, gained 194 seats.

The pro-Brexit UK Independence Party (UKIP) lost seats, but its former leader has set up a new Brexit Party, which was not contesting Thursday's vote and had called for supporters to stay home or spoil their ballots.

Britain was meant to have left the EU on March 29, but after parliament repeatedly failed to back May's agreement on the exit terms, she was forced to seek an extension.

Brexit is now due in October, and May is negotiating with Labour to find a compromise. Talks next week are not expected to reach a breakthrough.

But growing numbers of people on one side want to quit the EU abruptly with no deal, and on the other side hope to avert Brexit altogether, options that neither big party's leadership has backed to the frustration of many of their activists.

The result suggests the two main parties could be in for a drubbing at elections for the European parliament, which Britain is set to hold on May 23 because it has so far failed to leave the EU. The Conservatives and Labour will face an array of parties luring away their activists with straightforward pro- and anti-Brexit positions.

The BBC projected that, if the local election results were replicated across Britain, both the Conservatives and Labour would get 28 percent of the total vote.

Labour sources said their party had little to fear from the results so far, saying it was always going to be a "tough" battle in councils that traditionally favour the Conservatives.

Tough was also the word the Conservatives used to describe the local elections, with some pinning the blame for the party's bad showing on the deadlock in parliament, which has rejected May's Brexit deal three times.

May told her party in Wales: "There was a simple message from yesterday's elections, to both us and the Labour Party: just get on and deliver Brexit."

In rare agreement was Labour leader Jeremy Corbyn, who said there was now a "huge impetus" on every lawmaker to "get a deal done ... Parliament has to resolve this issue. I think that is very clear."

It is still unclear how the Brexit deadlock might be broken, though some say May might call a general election, a prospect Curtice said could end in another parliament where no party has an overall majority.

The Conservatives had been bracing for big losses in Thursday's elections - which could revive calls for May to step down and for a change in Brexit policy. Local media said the result was the worst showing by the Conservatives for more than 20 years.

"People have very categorically said that she is part of the problem," former Conservative minister and Brexit supporter Priti Patel told BBC TV. "I think we need change, I don't think we can continue like this."

Many Conservative eurosceptics fear the newly launched Brexit Party of former UKIP leader Nigel Farage, which did not contest the local polls but is expected to do well in the European elections later this month.

That has encouraged some to call for the government to take a tougher stance on Brexit and demand a clean split with the EU.

For Labour, others suggested the party should move to supporting a second

referendum, noting that the Liberal Democrats had benefited from their clear-cut stance.

"We've seen gains in both Remain and Leave areas, with huge swings to us in both former Conservative and Labour seats," Luisa Porritt, a LibDem councillor, told Reuters.

"Given our unapologetically anti-Brexit stance, this bodes very well for the upcoming European elections."