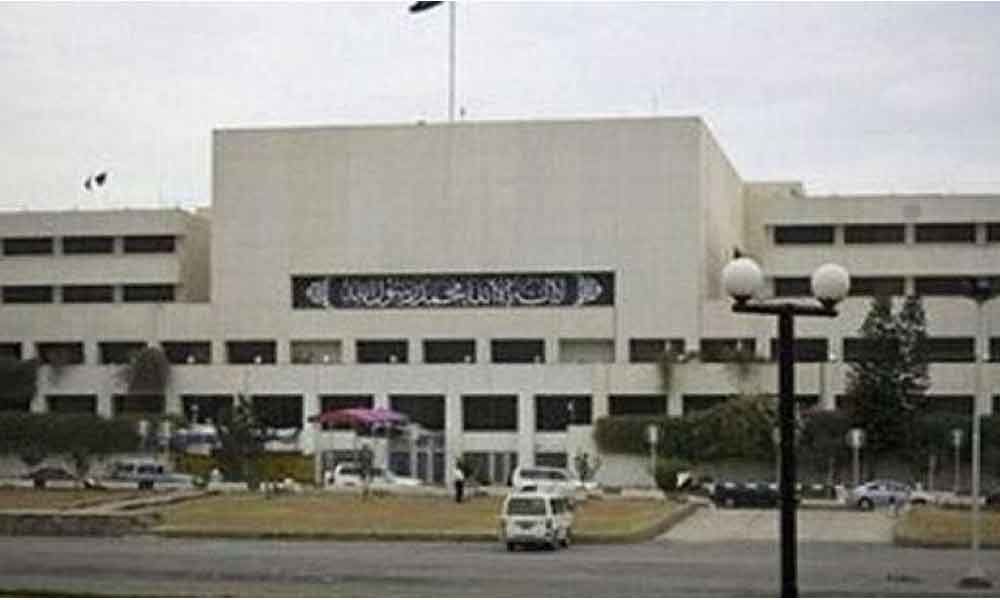 The FATF, which kept Pakistan on the Grey List for an extended period till February 2020, had warned that it would be put on the Black List if it did...

ISLAMABAD: Pakistan Parliament has passed an important bill for the exchange of information and criminals with countries to meet a key requirement of the Financial Action Task Force (FATF), which has placed the country on the Grey List for an extended period till next month.

The FATF, which kept Pakistan on the Grey List for an extended period till February 2020, had warned in October that Islamabad would be put on the Black List if it did not comply with the remaining 22 points in a list of 27 questions.

Pakistan submitted a report comprising answers to 22 questions to the FATF on December 6.

The Mutual Legal Assistance (Criminal Matter) Bill 2019 was passed on Monday evening after the treasury overcame the Opposition's customary resistance in the National Assembly, the lower house.

Under the law, the government would be able to make mutual legal assistance request to a country to "inquire about the location and identification of witnesses, suspects, perpetrators and offenders" and subsequently after due process may transfer the person in custody of Pakistan.

After Minister of State for Parliamentary Affairs Ali Muhammad Khan took the floor to present the bill, parliamentary leader of the Pakistan Peoples Party (PPP) Syed Naveed Qamar termed the bill against the fundamental rights of the citizens of Pakistan.

He claimed that after passage of the bill, the government would be able to seek information from foreign countries and extradite its own citizens on the demand of the other countries even without signing a treaty.

Qamar said, presently the countries did not entertain any request from the Pakistan government to hand over any wanted person to it because of the perception that cases were filed on a political basis in Pakistan.

He said the bill had given "unfettered powers" to the federal interior secretary to seek information about foreign bank accounts and transactions made by any citizen.

The Pakistan Muslim League-Nawaz (PML-N) also opposed the bill and alleged that efforts were being made by international financial institutions to colonise countries like Pakistan which were financially dependent on them.

Ali Muhammad Khan said no Pakistani would like to see the country being blacklisted by the FATF.

He explained that the main purpose of the bill was to nominate the interior ministry as the focal point as previously a number of ministries and institutions like the foreign ministry and the National Counter-Terrorism Authority (Nacta) were dealing with such matters on their own.

Now, he said, no department or institution could make direct contact with any country without the approval of the interior ministry.

Pakistan was placed on the Grey List by the FATF in June last year and was given a plan of action to complete it by October 2019 or face the risk of being placed on the blacklist with Iran and North Korea.

The FATF said Pakistan must demonstrate effective implementation of targeted financial sanctions against all UN-designated terrorists like Lashkar-e-Taiba founder Hafiz Saeed, Jaish-e-Mohammad founder Maulana Masood Azhar, and those acting for or on their behalf.