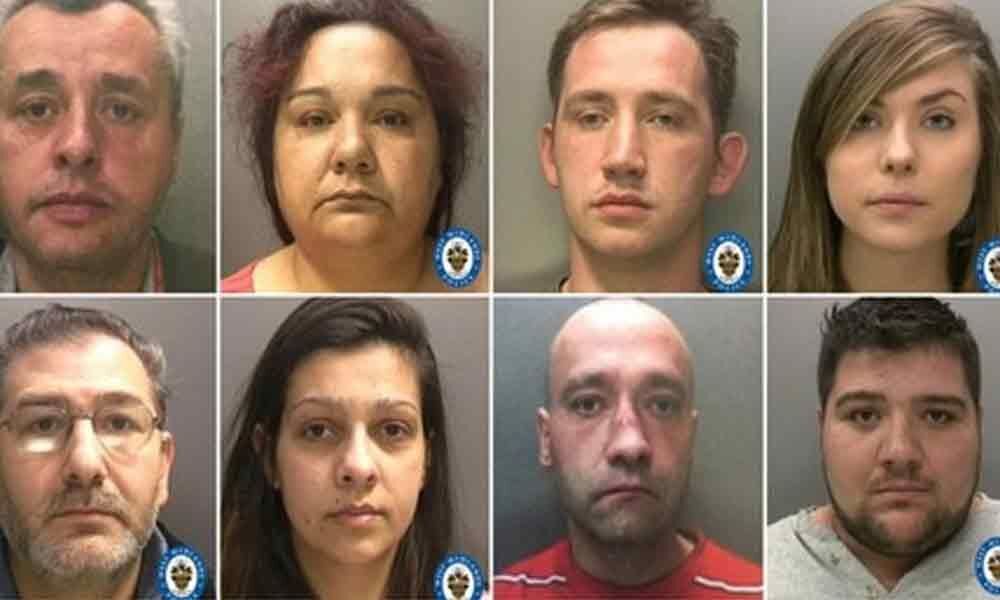 The eight gang members have been sentenced to jail terms of between three and 11 years, in three trials that concluded on Friday.

LONDON: State prosecutors on Friday disclosed the jailing of eight Polish human traffickers who lured hundreds of victims from Poland in "the largest modern slavery" operation ever exposed in Britain -- and possibly Europe.

The three-year police investigation and subsequent trial, whose reporting restrictions were lifted Friday, found the gang had been preying on hundreds of Polish homeless people and drug addicts.

Court testimony and police records showed them being paid as little as £10 ($12.50, 11.15 euros) a week for tough, physical work such as sorting parcels or picking onions. The operation was based in the central English city of Birmingham.

The victims were kept in squalid conditions and constantly monitored to make sure none escaped.

"Vulnerable men and women were recruited off the streets in Poland with the promise of a better life, only to be cruelly exploited and trapped into a desperate cycle of dependency with nowhere else to go."

The eight gang members have been sentenced to jail terms of between three and 11 years, in three trials that concluded on Friday.

They were convicted of crimes ranging from human trafficking to money laundering and conspiracy to require another person to perform forced labour.

"This is the largest modern slavery prosecution of its kind in the UK and perhaps in Europe," Paul said.

News of the human trafficking operation first emerged after two of the victims fled their captors and contacted the Hope for Justice anti-slavery charity.

Polish national Miroslaw Lehmann said he was paid "nothing" for working up to 13 hours a day and then returning to a squalid apartment with no hot water nor heat.

"We slept on the floor on the mattress and we used our clothes as blankets," the 38-year-old said in an interview broadcast by the BBC.

"I couldn't even leave the house for a walk," Lehmann said. "They were following me, spying on me. They were controlling me."

Another victim whose name was not revealed said he was forced to wash in a city canal. One said he was beaten if he refused to perform certain work.

The sentencing documents described the gang's leader -- identified as Polish national Ignacy Brzezinski -- as a "functioning alcoholic" who "enjoyed the fruits of the conspiracy, riding around in a Bentley and a fleet of high-performance cars".

Detective Chief Inspector Nick Dale of the West Midlands police force said: "People who employ individuals in these circumstances -- banks, members of the community who might spot the signs -- we all need to work to make it as difficult as possible for these organised groups."