Pope denounces evil of nukes as he fulfils Japan dream 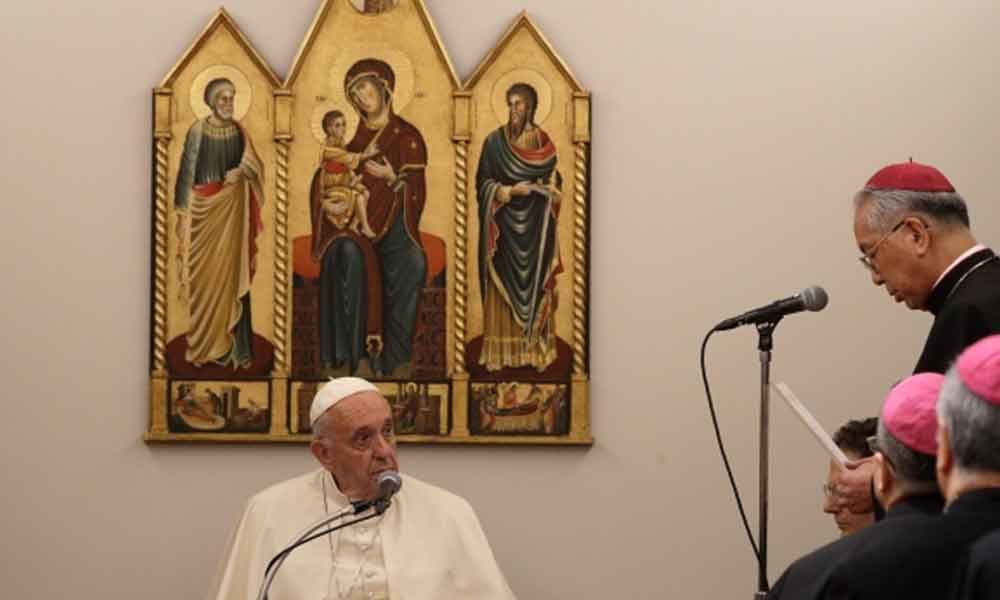 After a packed three days in Thailand, Pope Francis has an even busier schedule in Japan, starting off with flights on Sunday to Nagasaki and...

Tokyo: After a packed three days in Thailand, Pope Francis has an even busier schedule in Japan, starting off with flights on Sunday to Nagasaki and Hiroshima to appeal for total nuclear disarmament, and a meeting on Monday with victims of the 2011 Fukushima nuclear disaster.

Francis told the bishops upon arrival that he wanted to pay tribute to the victims of the atomic bombings and meet with survivors, "those who still bear the wounds of this tragic episode in human history."

"Evil has no preferences; it does not care about people's background or identity," Francis said. "It simply bursts in with its destructive force."

Francis has gone further than any other pope by saying that not only the use, but the mere possession of nuclear weapons is "to be condemned."

Francis told the bishops how as a young Jesuit in Argentina, he had longed to be a missionary in Japan, following in the footsteps of St. Francis Xavier, the Jesuit who first brought Christianity to the archipelago in 1549.