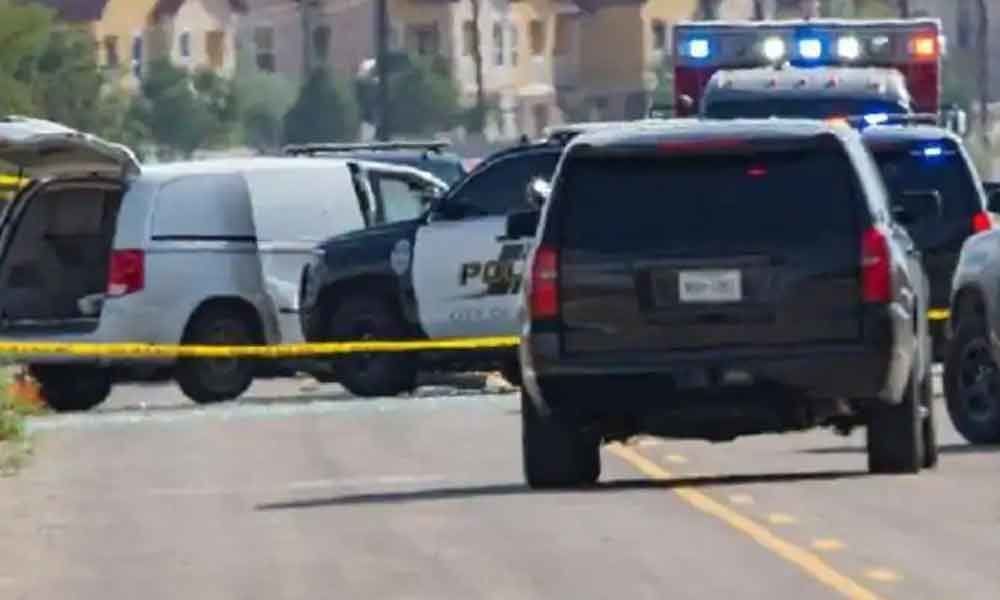 Texas Governor Greg Abbott described the incident as a 'senseless and cowardly attack'.

Houston: At least five persons were killed and 21 injured in US state of Texas after possibly two shooters, who hijacked a mail truck, allegedly opened fire on random people on Saturday, police said.

The incident happened in the area of Odessa and nearby Midland and police said at least one active shooter was shot dead near the Cinergy movie theatre.

The shooter was in his 30s, police said.

There are at least five deceased and 21 injured in the shooting, an official of the Odessa Police Department said at a press conference.

In a Facebook post, the Midland Police Department said: "There is no active shooter at this time. All agencies are investigating reports of possible suspects."

Earlier, two people were suspected to be involved in the shootings and police had said they were believed to be driving around separately in a gold/white-coloured Toyota vehicle and a stolen US Postal Service van.

Authorities have urged the public to get off the road "and use extreme caution".

President Donald Trump said he has been briefed about the incident by Attorney General William Barr. "FBI and Law Enforcement is fully engaged," he tweeted.

Texas Governor Greg Abbott described the incident as a "senseless and cowardly attack".

"The state of Texas and the Department of Public Safety are working closely with local law enforcement to provide resources as needed and deliver justice for this heinous attack," he said in a statement.

"I thank the first responders who have acted swiftly and admirably under pressure, and I want to remind all Texans that we will not allow the Lone Star State to be overrun by hatred and violence. We will unite, as Texans always do, to respond to this tragedy," he added.

The University of Texas campus in Permian Basin told students, staff and faculty to shelter in place.