Trump: No troop withdrawal from Iraq 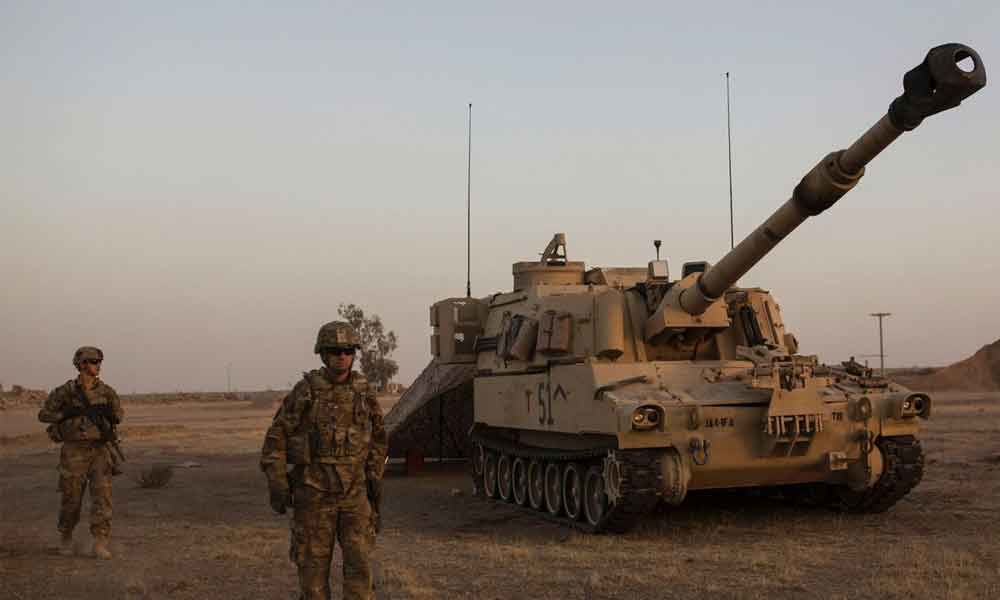 President Donald Trump on Monday threatened to impose 'very big' sanctions on Iraq after its Parliament called on the US military to leave the country ...

Washington : President Donald Trump on Monday threatened to impose "very big" sanctions on Iraq after its Parliament called on the US military to leave the country for assassinating top Iranian General Qasem Soleimani in a drone attack in Baghdad.

The Iraqi Parliament on Sunday voted to expel the US troops from its territory which have been there to help the Iraq dispensation fight the Islamic State terror group.

Some 5,000 US soldiers are in Iraq as part of the international coalition against the IS terror group.

Iraq's move comes in response to the killing of Maj Gen Soleimani, 62, the head of Iran's elite al-Quds force and architect of its regional security apparatus, in a US drone attack on a convoy that was leaving the Baghdad International Airport early on Friday.

"We're not leaving (Iraq) unless they pay us back for it," Trump said while responding to a question on the resolution passed by the Iraqi Parliament.

He was speaking to reporters aboard Air Force One while travelling from Mar-a-Lago in Florida to Andrews Joint Base in Maryland as he returned to the White House from his Christmas and New Year vacation.

"We have a very extraordinarily expensive air base that's there. It cost billions of dollars to build. Long before my time We're not leaving unless they pay us back for it," he said.

However, Trump did not name the airbase. "If they do ask us to leave, if we don't do it in a very friendly basis.

We will charge them sanctions like they've never seen before ever. It'll make Iranian sanctions look somewhat tame," Trump said issuing a strong warning to Iraq.