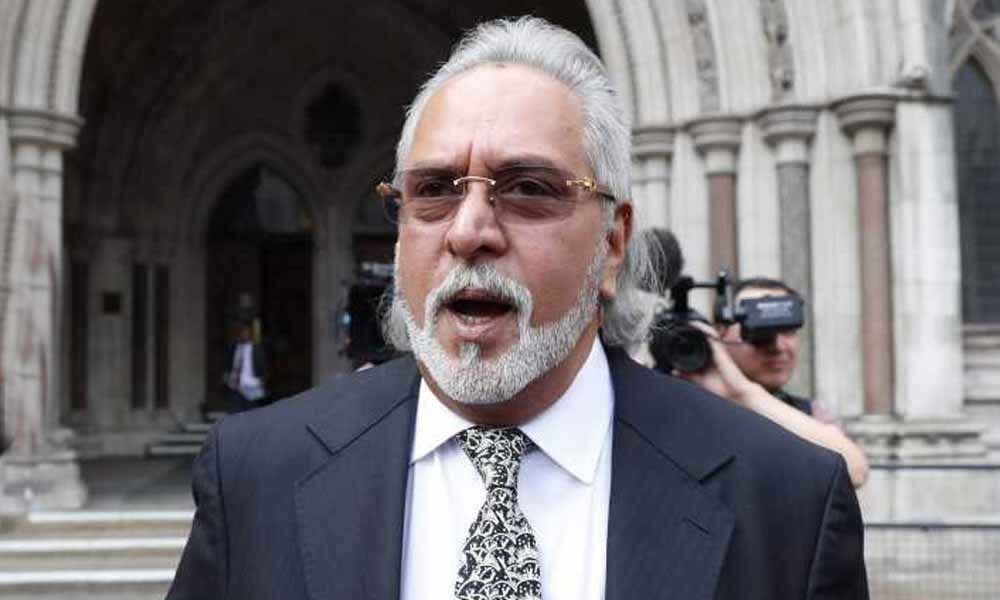 The appeal hearing has been listed on 11 February 2020 with a time estimate of three days, a UK High Court official said.

LONDON: Embattled liquor tycoon Vijay Mallya's appeal in the UK High Court against his extradition order has been listed for a three-day hearing from February 11 next year, the UK court said on Thursday.

The 63-year-old former Kingfisher Airlines boss had won a reprieve earlier this month when a two-judge panel at the Royal Courts of Justice in London granted him permission to appeal against the extradition order of a lower court to face fraud and money laundering charges amounting to an alleged Rs 9,000 crores in India.

The appeal hearing has been listed on 11 February 2020 with a time estimate of three days, a UK High Court official said.

At a hearing on July 2, Justices George Leggatt and Andrew Popplewell concluded that arguments can be reasonably made on some aspects of the prima facie case presented by the Crown Prosecution Service (CPS), on behalf of the Indian government.

The ruling on the basis of that material by Chief Magistrate Emma Arbuthnot in her extradition order of December 2018, which was signed off by UK home secretary Sajid Javid earlier this year, is therefore now set for a full appeal hearing in the higher court.

By far the most substantial ground is that the senior District Judge was wrong to conclude that the government had established a prima facie case, noted Judge Leggatt.

Mallya's counsel, Clare Montgomery, had successfully contested the basis on which Judge Arbuthnot had arrived at certain conclusions. She claimed the judge had been "plain wrong" in accepting some of the Indian authorities' assertions that Mallya had fraudulent intentions when he sought some of the loans for his now-defunct Kingfisher Airlines, that he made misrepresentations to the banks to seek the loans and had no intentions to pay them back.

Montgomery also questioned the admissibility of some of the evidence produced during the extradition trial at Westminster Magistrates' Court in London. The High Court judges accepted the broad arguments and directed her to submit a draft for the appeal to proceed to a full hearing, a time-frame for which has now been set for February next year.

Mallya had said he felt vindicated by the ruling and repeated his offer to pay back the money owed to the Indian banks. I still want the banks to take all their money, do what they have to do and leave me in peace, he said.

He has repeated this offer of settlement in subsequent Twitter interventions, most recently telling social media critics to ask your Banks why they are not taking 100 per cent of the money I have been offering.

Meanwhile, the liquor tycoon remains on bail on an extradition warrant executed by Scotland Yard in April 2017, involving a bail bond worth GBP 650,000 and other restrictions on his travel.

At the end of a year-long extradition trial at Westminster Magistrates' Court last December, Judge Arbuthnot had found clear evidence of dispersal and misapplication of the loan funds and accepted a prima facie case of fraud and a conspiracy to launder money against Mallya, as presented by the CPS on behalf of the Indian government.

The court had also dismissed any bars to extradition on the grounds of the prison conditions under which the businessman would be held, as the judge accepted the Indian government's assurances that he would receive all necessary medical care at Barrack 12 in Mumbai's Arthur Road Jail.

The High Court panel had concurred with most of the other findings of the lower court, including satisfactory prison conditions in India.