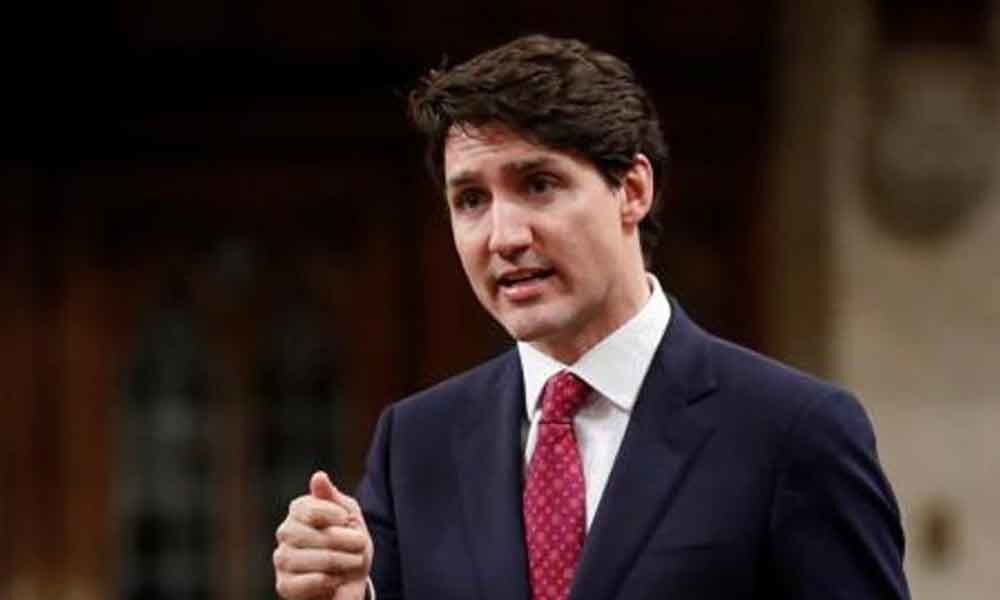 Conference opened by procession of indigenous men and women, in traditional clothing, wearing red in memory of murdered and missing girls.

Vancouver: Gender equality is "under attack" amid hatred, misogyny and politicians campaigning to undo women's rights, Canadian Prime Minister Justin Trudeau said on Monday at the launch of a global conference on women's issues.

Progress in women's rights is backsliding in the face of taunts and hostility that travel on social media and seep into public discourse, said Trudeau, a self-avowed feminist who appointed the first gender-balanced cabinet.

Some 8,000 delegates from more than 165 countries are attending Women Deliver in Vancouver, the world's largest gender equality conference, which will address topics from women's political empowerment to education and employment.

The conference was opened by a procession of indigenous men and women, clad in traditional clothing, some wearing red in memory of murdered and missing girls and women.

Trudeau hailed as a "significant step toward justice" a Canadian government finding on Monday that the death of more than 1,000 aboriginal girls and women in recent decades was a national genocide.

The report, from an inquiry launched by Trudeau's government in 2016, blamed the violence on long-standing discrimination against indigenous people and Canada's failure to protect them.

"For too long, indigenous women and girls have experienced violence at a rate that is staggering when compared to non-indigenous women," Trudeau said.

The report made scores of recommendations, and Trudeau vowed to develop and implement a national action plan to prevent future violence.

He told delegates that women around the world were battling misogyny, racism and hatred.

"Gender equality is under attack," he said. "Individuals and interest groups are trying to roll back women's rights. "Politicians are giving into the pressure, shamefully campaigning to undo women's hard-won victories. That's a daunting reality."

The inquiry into the missing and murdered women was a painful process that heard testimony from thousands of witnesses, including hundreds of family members of victims.

Citing colonial violence, racism, sexism and more, the report said many indigenous people have grown up normalized to violence, while Canadian society showed "an appalling apathy" to addressing the issue.

"The National Inquiry into Missing and Murdered Indigenous Women and Girls finds that this amounts to genocide," it said.