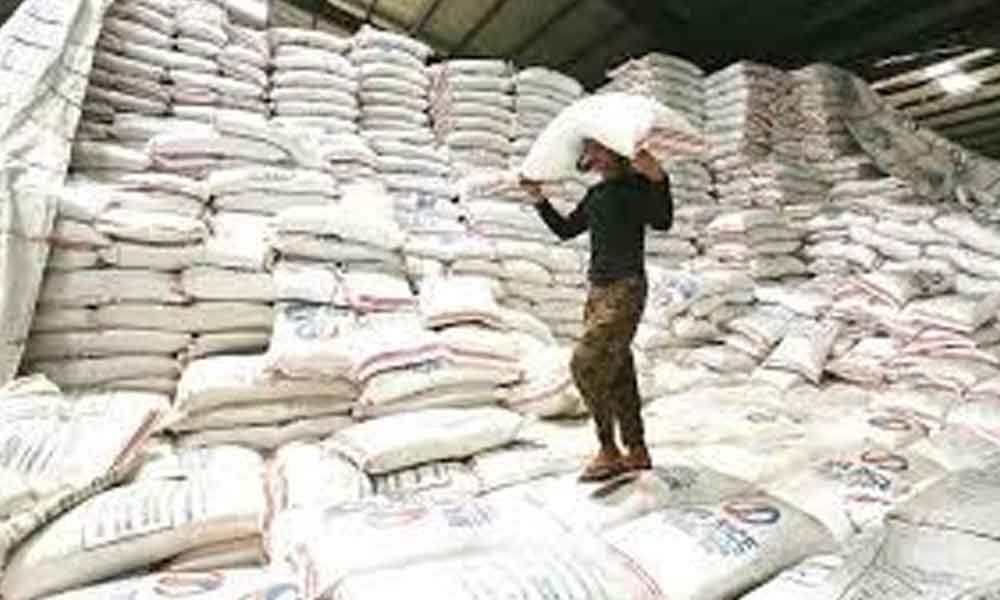 Can a motorcycle be used to transport over 16,000 kilograms of rice?

New Delhi : Can a motorcycle be used to transport over 16,000 kilograms of rice?

As bizarre as it may sound, some officials of the FCI and a private company allegedly stole over 2.60 lakh kilogram rice worth about Rs 85 lakh by falsely showing that the consignment was transported in trucks by submitting license numbers of scooters and motorcycles.

The CBI has taken over the investigation into the matter and registered an FIR on a complaint from the Food Corporation of India (FCI).

It was alleged that a total of 9,191 quintals (9,19,100 kg) of rice were dispatched from Salchapra rail terminal in Assam for Koirengei in Manipur between March 7, 2016 to March 22, 2016 on 57 trucks of a private transporter, Zenith Enterprises. Each truck was given a road movement permit.

The consignment reached the destination after two months, having covered a distance of 275.5 km, which approximately takes nine hours. Verification showed that 2601.63 quintals (2,60,163 kg) of rice worth Rs 84.98 lakh being transported by 16 vehicles had been misappropriated.

This rice was not delivered at Koirengei depot but was shown in records as having been received, the FIR alleged. The transporter on affidavit said the delay was due to breakdown of trucks which required transhipment of the food grains through other trucks.

It further surfaced that license numbers of transhipment vehicles, replacing trucks which had allegedly broken down, were not trucks but LML and Honda Activa scooters, motorcycles, water tankers, bus, Maruti van, cars and ghost vehicles whose numbers had not been even registered by the Road Transport Offices concerned.

"Non-transportation of the aforesaid 2601.63 quintals of rice to Koirengei and its misappropriation is further substantiated by the fact that the vehicle numbers mentioned in records, including the vehicles used in transhipment in respect of aforesaid 16 road movement permits, were not entered in the enroute Leingangpokpi police check-post and Keithelmanbi police check post," an official said giving details of the FIR.

It is alleged that officials of FCI at Salchapra, Ashish Kumar Paul and Rajnish Kumar Gupta, had fraudulently issued these 16 permits without loading the rice, and L Johson, a representative of the transporter Zenith Enterprises, had falsely signed these permits, the FIR said.

It said Soibam Surjit Singh of the transporter company had allegedly submitted false affidavits regarding the breakdown of trucks en route and transhipment by other vehicles.

False entries of receipt were allegedly made by officials at Koirengei, they said adding that the transport company also raised fake bills of 16 trucks, they said.