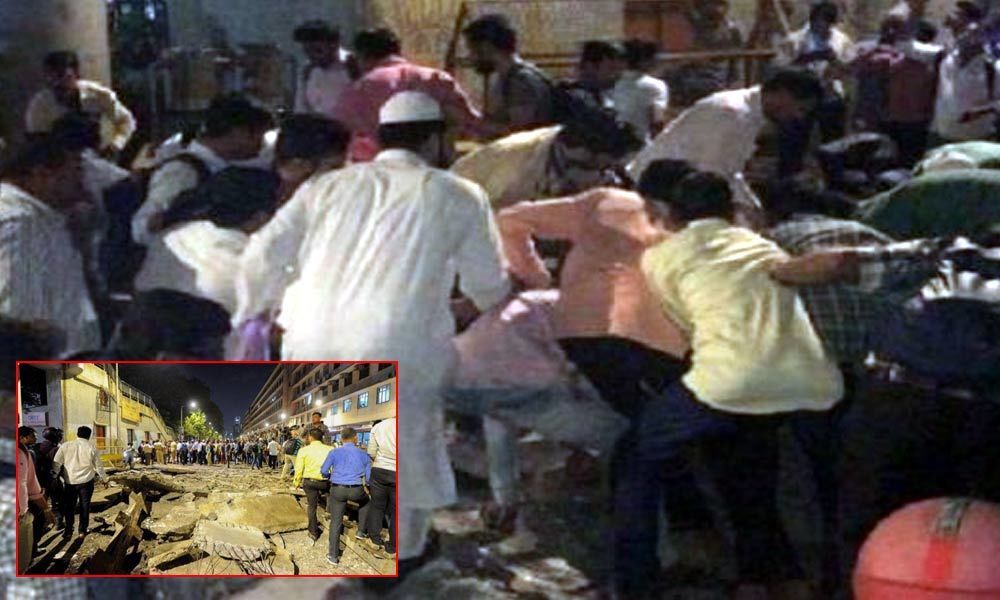 At least four persons were killed and another 30 injured, including some critically, when a portion of a overhead pedestrian bridge outside the Chhatrapati Shivaji Maharaj Terminus came crashing down on Thursday.

Mumbai: At least four persons were killed and another 30 injured, including some critically, when a portion of a overhead pedestrian bridge outside the Chhatrapati Shivaji Maharaj Terminus came crashing down on Thursday.

The victims included three women and a man. Two of the women were identified as Apoorva Prabhu, 35, and Ranjana Tambe, 40, while the third was unidentified. The man was Zahid Siraj Khan, 32.

The tragedy which shocked Mumbaikars occurred around 7.35 p.m. as the foot over bridge was reportedly overloaded with commuters hurrying to their homes, the BMC Disaster Control said.

Connecting the CSMT's suburban platform No. 1 with the B.T. Lane near The Times of India Building and the Anjuman-e-Islam School, it was used by thousands of daily commuters rushing to catch the local trains on Central Railway and the Harbour Line.

The injured have been rushed to the St. George Hospital and G. T. Hospital, besides Sion Hospital, said officials.

On account of the debris, the peak hour traffic towards Byculla and Dadar and beyond was diverted, creating massive snarls across south Mumbai.

This is the third major foot over bridge tragedy in Mumbai in the past 18 months.

A foot over bridge at the Elphinstone Road railway station crashed on September 29, 2017, killing 29 commuters.

The second occurred on July 3, 2018 when a portion of the foot over bridge crashed on the railway tracks near Andheri station, killed at least one and injuring many more.

After the two previous tragedies, the BMC, the Railways and other agencies had carried out a survey of all new and old railway bridges, flyovers, and foot over bridges, to ascertain any dangers and take preventive measures.

Officials claimed that the bridge that crashed on Thursday was found to be sturdy and only needing a few minor repairs.

Politicians from several parties including the Bharatiya Janata Party, the Shiv Sena, the Congress, the Nationalist Congress Party and others rushed to the site and activists helped in the rescue operations.