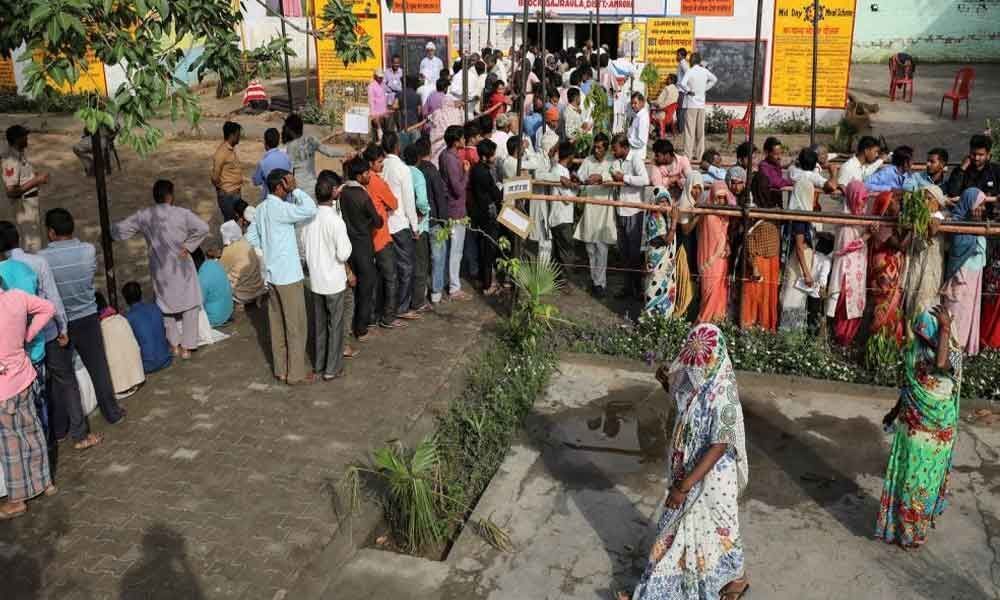 31% of the electorate cast their votes in Tamil Nadu's 38 Lok Sabha and 18 Assembly constituencies and the elections are continuing at a brisk rate, said an EC official.

On Thursday, Tamil Nadu started its election proceedings in the 18 constituencies. Adequate EVMs and VVPAT were in place for holding the Lok Sabha elections. Out of the 18 seats, 16 had fallen empty succeeding the prohibition of ruling AIADMK MLAs loyal to TTV Dhinakaran.

Initially, the voters had started a squabble with police as they are not permitted in the premises. However, polling in Thattanchavady assembly constituency started on a peaceful note, even though EVMs developed technical problems at a polling booth in a few constituencies.

The polling percentage in Paramakudi constituency till 9 AM was 8.13%. The polling was overdue at some booths in South Chennai constituency as officials were not prepared. Similarly, Perambur had poor arrangements at polling stations.

Every constituency has one all-women polling station. Gradually, the voter attendance till 11 AM in Paramakudi rose up to 15.23%

Approximately 31% of the electorate cast their votes in Tamil Nadu's 38 Lok Sabha and 18 Assembly constituencies on Thursday and the elections are continuing at a brisk rate, said an Election Commission (EC) official.

On the other hand, villagers of Obenahalli in Chitradurga assembly constituency have boycotted the elections. With the problem of drinking water the villagers are said to be disappointed. Poll duty officials are holding talks with the villagers as they visit the spot.