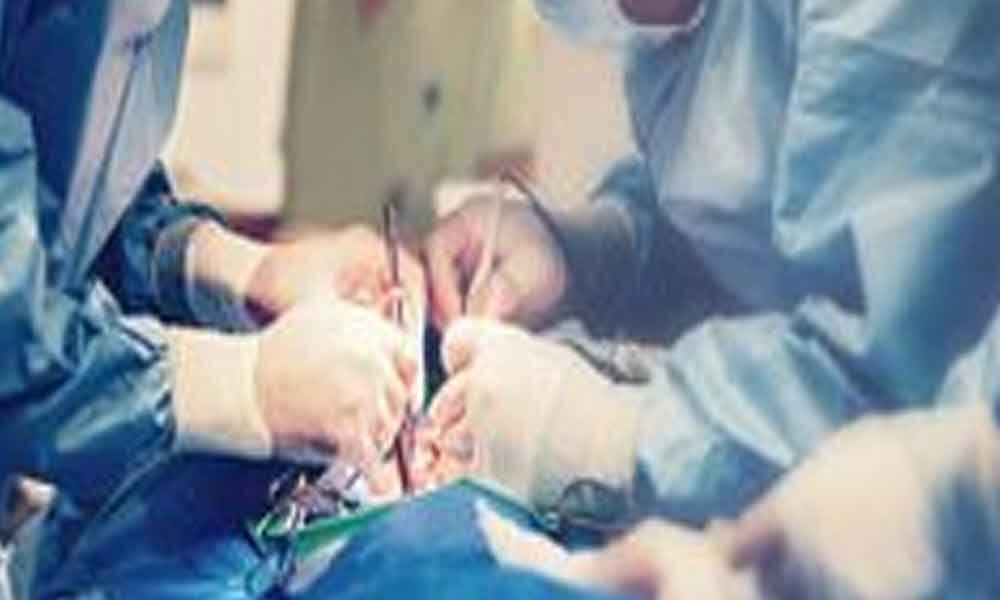 A five-month-old girl from West Bengal, whose life was hanging by a thread after suffering an acute liver failure, received a new lease of life when she underwent a 10-hour long transplant surgery at a city hospital from the organ donated by her mother, doctors said on Tuesday.

New Delhi: A five-month-old girl from West Bengal, whose life was hanging by a thread after suffering an acute liver failure, received a new lease of life when she underwent a 10-hour long transplant surgery at a city hospital from the organ donated by her mother, doctors said on Tuesday.

Doctors at the hospital in south Delhi also claimed that this was the "youngest" infant to receive liver transplant for acute liver failure in the country. Arijit Dey, 36, father of Ariana, said her daughter had contracted "an abnormal level of jaundice" late February, and few days later she was diagnosed with a very high level of bilirubin.

"First we took her to a paediatrician, and then she was admitted to a hospital in Kolkata on March 2 after checking her health parameters. A team of doctors, who saw her case in Kolkata had given up and given barely five days of survival for my baby," Dey said.

Dey, a resident of Uttarpara in Hooghly district, said, he, his 30-year-old wife, Shyantani Dey, and his brother flew the baby to Delhi in the first week of March for a liver transplant at a private hospital in south Delhi. Dr Subhash Gupta, Chairman, Liver and Biliary Sciences, Max Super Speciality Hospital at Saket, during a press interaction here said, Arijit was to donate his liver but there were some "medical compatibility issues" so the mother donated.

"There were several challenges in this surgery that lasted for over 10 hours. First it was a case of acute liver failure, so we hardly had time to plan the surgery as we would do it normal transplant cases. Also, since, the recipient was five-month-old and the donor was 30, the transplant was almost sculptural," he said.

In a regular transplant, half of the liver portion is transplanted but, in Ariana's case, we had surgically taken out a small portion from her mother's liver, so this was a big challenge, the doctor said. Asked how severe the liver failure was, Gupta said, "only about 10 per cent of cells were left in her tiny liver, so it was almost a total failure". Doctors at Max hospital said, she had arrived here in a very "critical condition" and was bleeding from lips. Her urine and eyes were yellow in colour and she was passing clay-like stool.

Ariana was born on October 7, 2018 and the surgery took place on March 7 when she had turned five, said, Arijit Dey, a dietician at a hospital in Kolkata, adding, the baby was admitted for 28 days at the Max hospital surgery which cost him "about Rs 15 lakhs".

Sharing her experiences, Shyantani Dey said, this was akin to her daughter getting a "second life". "We were told my daughter had just five days left by doctors in Kolkata, but now she is all normal," she said.

Gupta said Ariana is still on medication and she will be on it for at least one year, and her condition will be regularly monitored.

Dr Sharat Varma, Lead Consultant, Pediatric, Hepatologist and Gastroenterologist at the Max hospital said, "Ariana was also tested for galactosemia, and the results are still awaited." Ariana's father, when asked, what he wanted her daughter to become, when she grows up, he said in an emotional tone, "a surgeon".