AAP: No alliance with Congress in Haryana 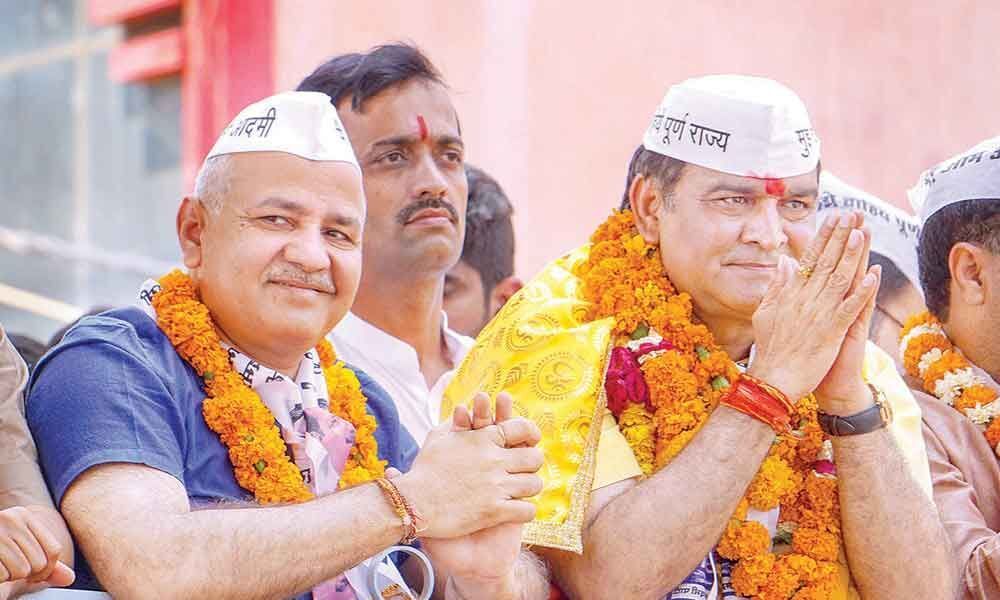 x
AAP: No alliance with Congress in Haryana
Highlights

The Aam Aadmi Party on Thursday said there will be no alliance with the Congress in Haryana after the grand old party refused to have a tie-up in any other state apart from Delhi.

New Delhi: The Aam Aadmi Party on Thursday said there will be no alliance with the Congress in Haryana after the grand old party refused to have a tie-up in any other state apart from Delhi.

Uncertainty prevails over the alliance in Delhi, with sources saying that an internal meeting is being held at the residence of Delhi Chief Minister Arvind Kejriwal to discuss the 4:3 seat sharing arrangement, with four seats for the ruling party.

The AAP has proposed 5:2 seat sharing with five seats for the ruling party and two for the Congress. Haryana state party incharge Naveen Jaihind said talks over alliance in Haryana in a seat-sharing formula of 6:3:1 were held between senior AAP leader Sanjay Singh and Congress general secretary incharge of Haryana Ghulam Nabi Azad.

"Six seats for Congress, three seats for the Jannayak Janata Party (JJP) and one for the AAP but the Congress abruptly called off the talks," Jaihind said, adding that a meeting was also held between former Haryana chief minister Bhupinder Singh Hooda and AAP party member Sushil Gupta.

The AAP is contesting the upcoming polls in Haryana in alliance with the JJP, which was launched by former chief minister Om Prakash Chautala's grandson Dushyant Chautala, following a power struggle in the state's main opposition INLD last year. Dushyant said there is no question of an alliance in Haryana as it is against their ideology.

"From day one, we had clarified that we could not join hands with the Congress whose hollow and corrupt policies affected the country. I want to clarify that there is no question of forming an alliance with the Congress and we held no talks with the Congress in this matter," he said. Dushyant also announced names of four out of seven candidates who will be contesting from the JJP.

The AAP will be fielding three candidates in Haryana, from Ambala, Karnal and Faridabad. Jaihind said the AAP would have tried to convince the JJP to form an alliance with the Congress, had the grand old party agreed to the 6:3:1 seat sharing arrangement.

AAP party leader Gopal Rai said the party tried till the last moment to forge an alliance in Haryana but the Congress refused last minute and maintained that an alliance could be formed only in Delhi in 4:3 arrangement.

The Congress, on the other hand, said that the prospects of its alliance with the AAP are almost finished. The Aam Aadmi Party (AAP) has "refused" to have alliance with Congress for Delhi alone, said PC Chacko, All India Congress Committee(AICC) incharge of Delhi unit of the party.