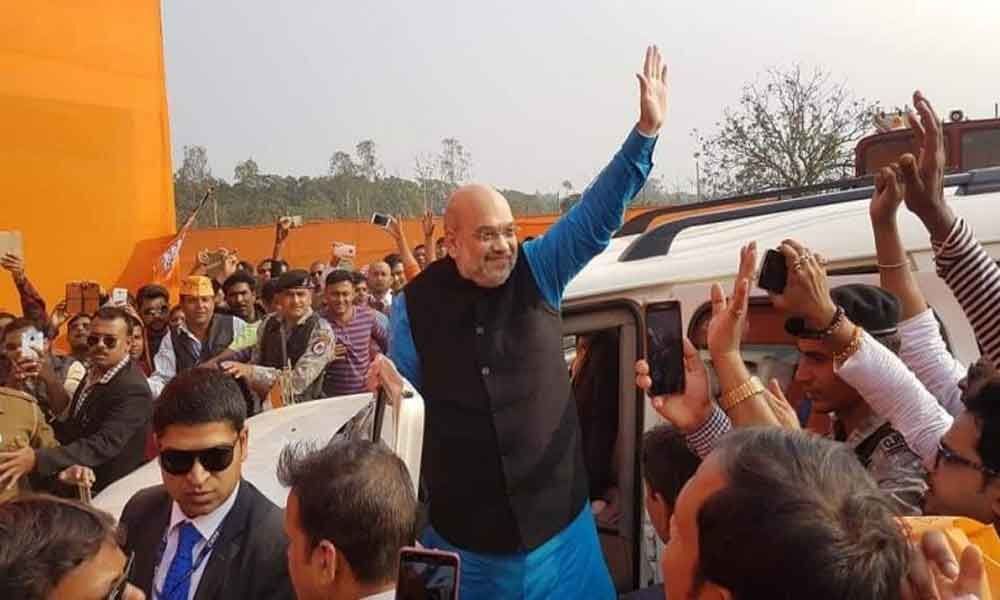 BJP president Amit Shah, who is contesting the Lok Sabha election from Gandhinagar seat, embarked on a roadshow in the city.

Ahmedabad: BJP president Amit Shah, who is contesting the Lok Sabha election from Gandhinagar seat, on Saturday embarked on a roadshow in the city, on the 39th foundation day of his party.

Before the roadshow, which started from Sarkhej area of Ahmedabad in the morning, Shah garlanded the pictures of Jan Sangh founders Deen Dayal Upadhyaya and Shyama Prasad Mukherjee.

PDP chief and former Jammu and Kashmir chief minister Mehbooba Mufti had recently criticised Shah, saying he was "daydreaming" about abrogating Article 370 of the Constitution that provides special status to the state. Shah set out on the roadshow in an open vehicle with BJP state unit president Jitu Vaghani accompanying him.

The roadshow will cover several areas of western parts of Ahmedabad city, which falls in the Gandhinagar Lok Sabha constituency. It will pass through areas like Vejalpur, Prahladnagar, Jivraj Park, Mansi Cross road and will end at Haveli in Vastrapur.

In the evening, Shah would take out another roadshow that will pass through Sabarmati area. Shah is expected to meet party workers in Bopal area of his constituency on Saturday night and interact with them.