Nadda said Seva, Sushasan and Garib Kalyan" (service, good governance and welfare of the poor) are the souls of the Modi led government. 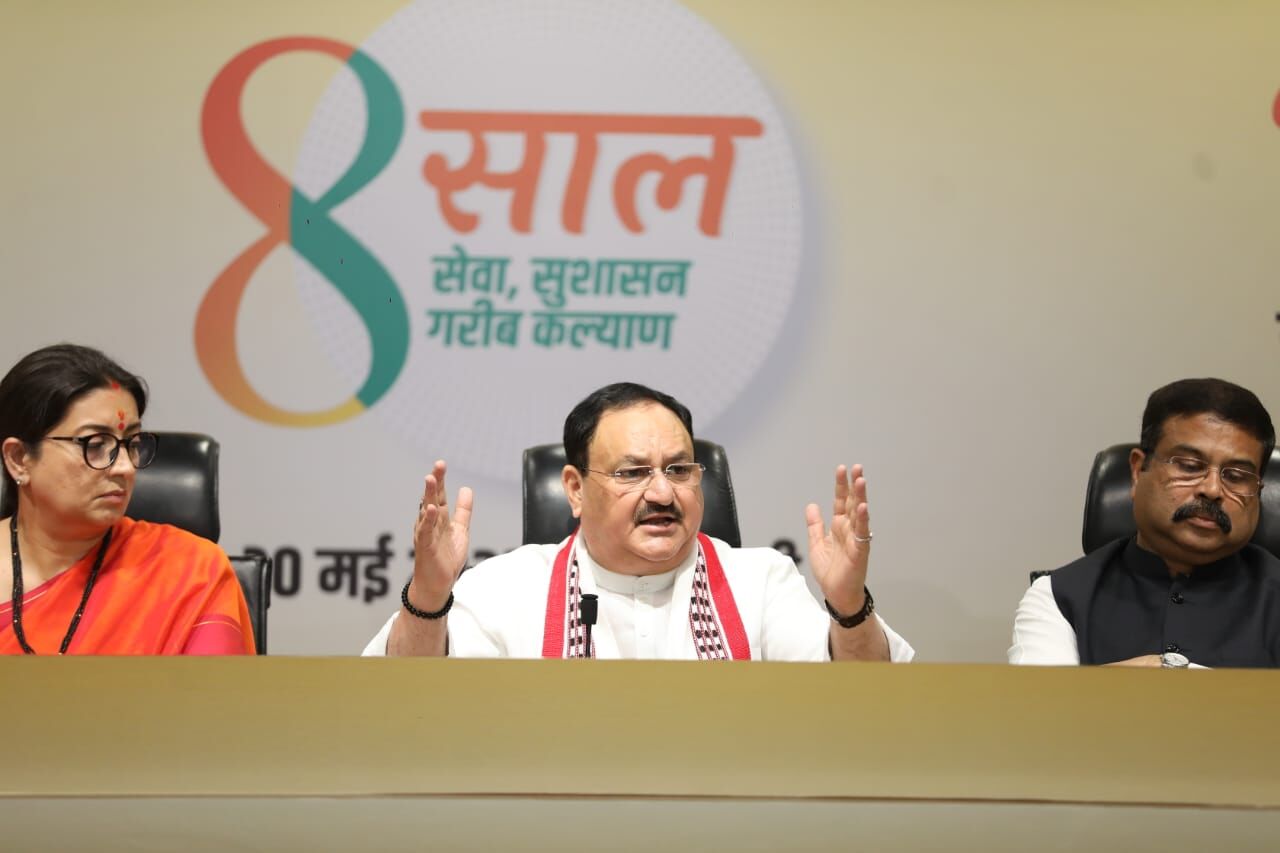 Addressing a press conference here at the party headquarters in New Delhi, Nadda said Seva, Sushasan and Garib Kalyan" (service, good governance and welfare of the poor) are the souls of the Modi led government. The senior most BJP leader addressed an inaugural press conference and was accompanied by Union Ministers Dharmendra Pradhan, Smriti Irani and Anurag Thakur.

The party unveiled the NaMo app which would narrate the work of the party in the course of eight years. While launching the app, the party announced that the "interactive" app contains videos, graphics and articles which detail the work done by the Modi Government since 2014. The said announcements were made during the kick-off of a special campaign, called '8 Years of Seva, Sushasan and Garib Kalyan", a fortnightly series of events launched by the BJP.

"It also has a lot of features powered by gamification where the youth can participate, test their knowledge, get rewarded for their efforts in the form of points and even win merchandise and [email protected] books autographed by PM Modi. There is also a chance to interact with PM Modi," the party has announced.

Brushing aside the accusations of creating communal tensions, the party president has said that the BJP is ready to take everyone along and it works on the principle of building a strong nation.

"There are many types of people in a society. Some respond earlier, some later, some after decades and some respond after much time has passed. It depends on them. But our conduct is on the principle of a strong nation, one nation. This is clear and everyone will have an equal share," he said.

When asked on the ongoing issue of the Gyanvapi mosque in Varanasi, Uttar Pradesh, Nadda said that the matter is on the agenda of the BJP, as the party has always spoken for cultural development.

"The Court and Constitution will decide on it and the BJP will follow it in letter and spirit," he added.